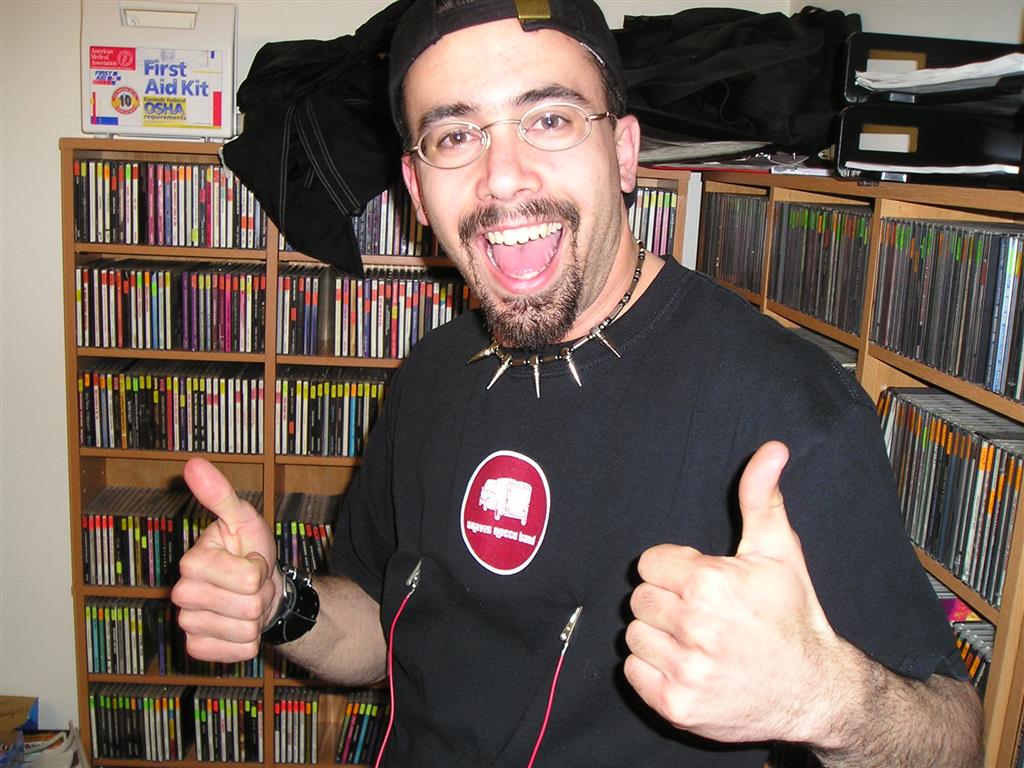 Just Joe was there. A weird, silly and crazy thing got started and continued all night long in the chat room... The room was quite full (as it almost always is now, showing that the show's success and popularity, are on the rise. It always had both things, of course, but the expanding chat room means a growing interactive listener base, which is great for the show). One of the people in there got briefly disconnected and came back in. And he showed as being in there twice. When some of the others in the room remarked that there were two of him there, he said he had a Doppelganger... And somehow that set off an obsession with doppelgangers and doppeling which went on for the whole night. Soon every single person in there changed their name to include Doppelganger or Dopple as part of it. (I was Fire Doppelganger for the rest of that night). All sorts of silly comments and innuendos involving doppelling and doppelgangers were made (the words "dopple" and "doppelganger" were actually said more times, I think, than the words "Lamb Of God" were said on the Metallic Onslaught the week before, which is something that I never would've believed could be possible to top, but, I think it was achieved). Then someone came in claiming to be a doppel killer, and a war ensued between the Doppels and the Doppel Killer. It was all quite insane and fun. So, you see, the chat room portion of The Last Exit experience can be just as crazy and brutal and silly as the radio portion of it. If you haven't experienced it yet, you should drop into the chat room and join in the insanity as well while you're listening to the show! You'll have lots of fun! And it will round out, enhance and enrich the LE experience for you.