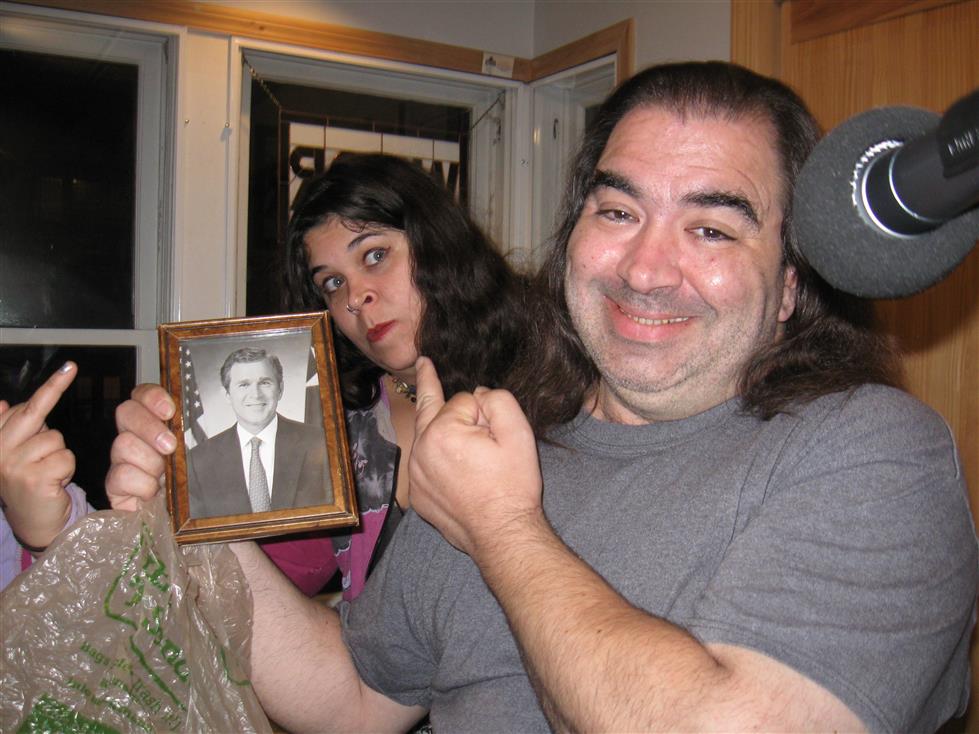 This past week, Wednesday, on June 3rd, was LE's 21st Anniversary, so this was an Anniversary Show. Present were, EVD, Nathan, Tim, Olivia, and Darryl from Undead Messengers, and, Adam and Nikki, who hadn't been here in a while. There was a little talk about the past, but this time, Azkath decided to celebrate the current co-hosts, he had presents for them. EVD got to bash a picture of George W. Bush and break it into smithereens with a hammer. Nathan got a tape deck, it doesn't work, but maybe he can fix it up. It also happened to be the very date of Tim and Olivia's third Anniversary of being together. Happy Anniversary, guys. To Celebrate them as co-hosts, and to celebrate their Anniversary as well, Tim got to stand under the balcony while Olivia and EVD pelted him with a whole bunch of water balloons. There was a set of about ten Shoebox songs, which took about eleven minutes, to honor him as he used to be a regular co-host. At 3:30, the set of cover songs was played. There were segments of Movie Time, with some TV programs talked about as well. The last hour was The Old School Hour...

There was also the first part of an interview that Azkath and Randy did with Karen Stever of the band Stever. You can listen to the full interview here.