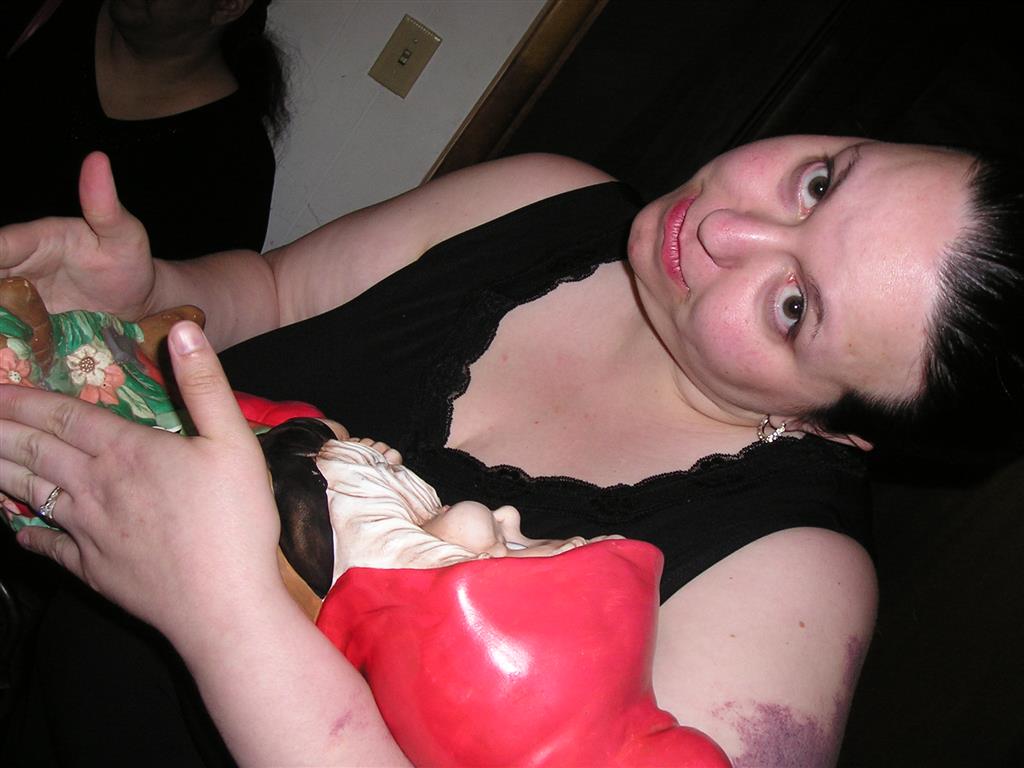 Brianna, guitarist for the band If Man Is Five, was there since she had been ill a couple weeks ago, when her band mate Angela had been on, and, thus, had been unable to be there then. She updated us on the band. They have a new bass player. Her name is Kate. And Brianna told us about what projects If Man Is Five is working on and what's coming up in their near future. She also was asked and gave her answers to lots of those crazy questions from theinsanedomain.com. Just Joe was not there at first, and everyone was wondering if that sea monster in the basement really had killed him. He finally arrived, around 2:00. Whereupon Brianna left as Just Joe makes her sick (well, doesn't he have that effect on all of us!??). They asked Just Joe about his experiences the week before in the basement (being locked down there, and screaming in terror that there was something bad down there). But Just Joe insisted that none of that had ever happened. It was decided that Just Joe was obviously blocking out and repressing traumatic memories. And everyone knows that that is not good for you, so, because his well being is so important to us all, and for his own good, they locked him back down there, telling him that he could not come back up until he remembered everything. They called down to talk to him. And Just Joe was whimpering and screaming in terror again. Telling them to please, please, please come down and help (with lots of reinforcements, like tactical nukes, preferably) or there would be nothing left of him. They kept telling him that there was nothing down there, and he kept insisting that, oh yes, there was, and that if they didn't get down there quickly, he was history. Finally, Just Joe was back upstairs, still acting quite traumatized, so, I guess the therapy was a failure. Shoebox called in briefly near the end of the show to celebrate the 3rd anniversary of his 1st appearance on LE, (the big show which was supposed to be the final show before Armageddon, which the late Zoltan ruined by stopping Armageddon from occurring). Then they gave Just Joe a sanity test (something which he was obviously in bad need of), where he answered lots of questions. The test results concluded that (oh what a huge shock here!) Just Joe is a maniac. I think no further comment is needed on that! That pretty much says it all! :p