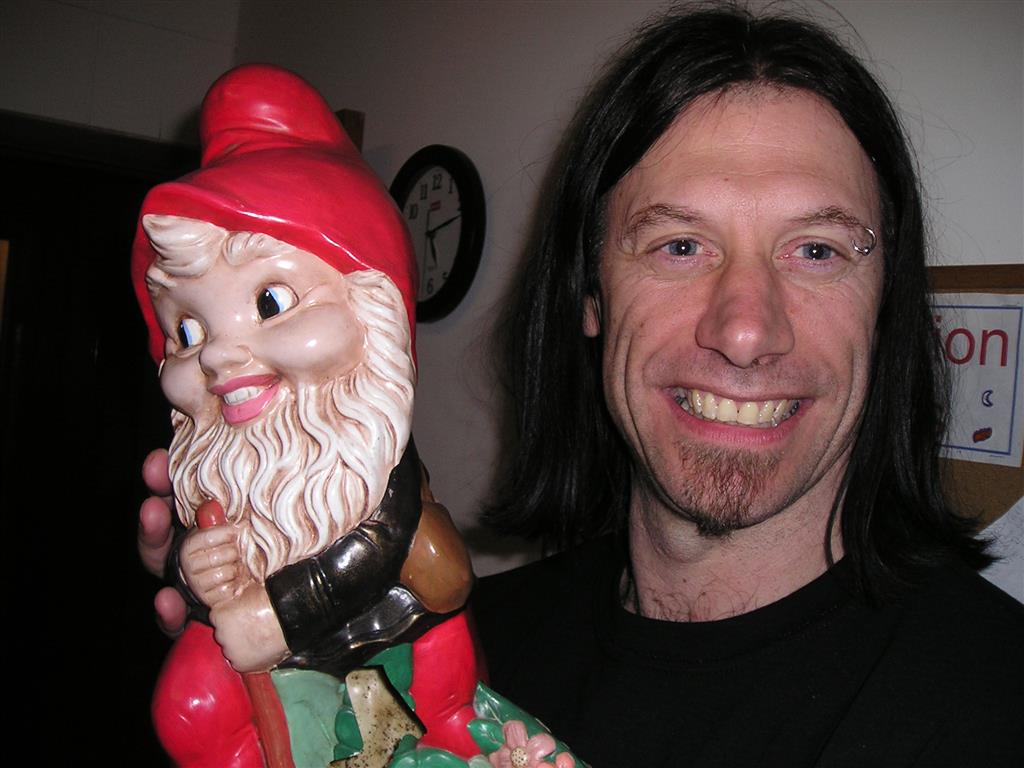 Just Joe was there. So was his pretend dad, Crow, the drummer for The Pushrods. It was decided that the Just Joe appreciation hour (which had ended the show the week before), would now be expanded into a whole Just Joe appreciation night, which would be that night. Just Joe was told that, barring any really bad behavior from him, it was his night. Just Joe was happy with this, and things went well... For awhile. But, it is Just Joe we're talking about here, so, it was to be expected that this could not last for long. Apparently the toilet was broken (that, amazingly, was not Just Joe's fault, but what came next was all his fault), and there was a sign on it informing everyone of this fact, and warning against flushing it as the water would keep on flowing and flood the building if anyone did. Wouldn't ya know, Just Joe somehow missed this sign and flushed... Causing massive flooding. He promised that he could fix this. His solution was to route all the flooding to the basement. He was told that that was not acceptable (some people are just sooo picky and hard to please!), as there was equipment and a large part of the CD catalog down there, things which were needed for the show. Just Joe said that the basement door could not be opened any more. They tested this and found that he was right. They threw Just Joe into the door many times to try to get it to open. No luck. So they threw him through the window. By Now the water down there was waist high and stunk badly. Next break they ordered Just Joe back to the basement. He said that he did not want to go down there because there was something bad down there (something besides the stinking waist deep water), something which had grabbed him. He resisted strongly, insisting loudly that there was something bad down there. They threw him back down there anyways (with a huge rough toss through the door and down the stairs)... Just Joe could be heard screaming in terror down there. So who knows, as that was the end of the show (or, at least the talking part of it).