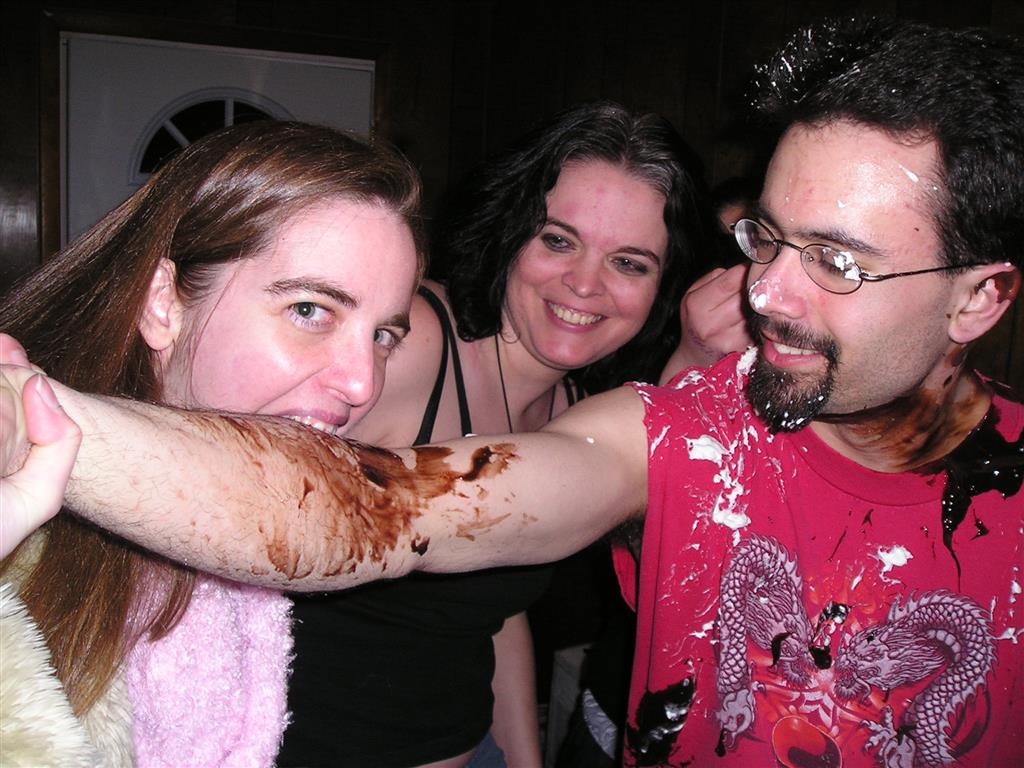 No Pushrods of any kind as they are on tour and, thus, are otherwise engaged for a few weeks. Just Joe was there, but was late, getting there around two thirty. We learned that the reason for his absence the week before was because he fell asleep. The Penguin also arrived around two thirty (not with Just Joe, she just had the misfortune to show up around the same time he did). For this weeks Just Joe challenge, it was decided that it would be Penguin throwing. So, Just Joe was told to throw the Penguin in the snow... Which, he did. Also, a visitor to the show, Amy, tried to help The Penguin, twice, and, twice, got thrown in the snow and ended up even more covered in snow than The Penguin was for her troubles. Then Amy and her friend decided to do something to Just Joe... They decided to make him eat himself. Hold on... No, not cannibalism (pity), and, not anything dirty (well, dirty, but, dirty as in extremely messy and sticky, but, not in the way I'm sure your perverted minds are working). They covered him in pudding. Covered him very thoroughly... He even had pudding deep in his ears. Then he ate the pudding off himself. He said he was delicious and seemed to have enjoyed this adventure.