Listen to the Show - Pictures 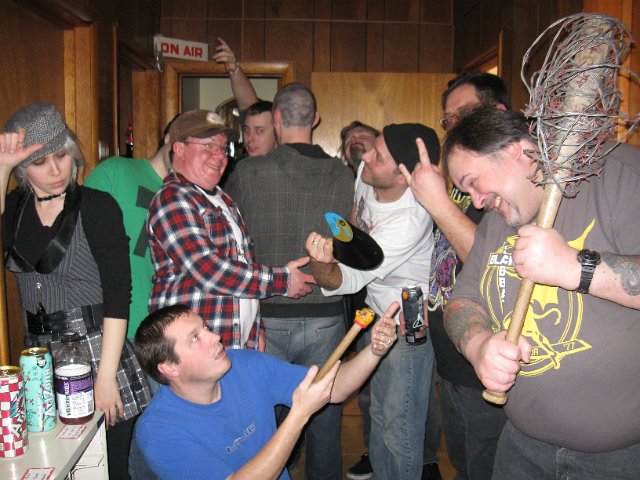 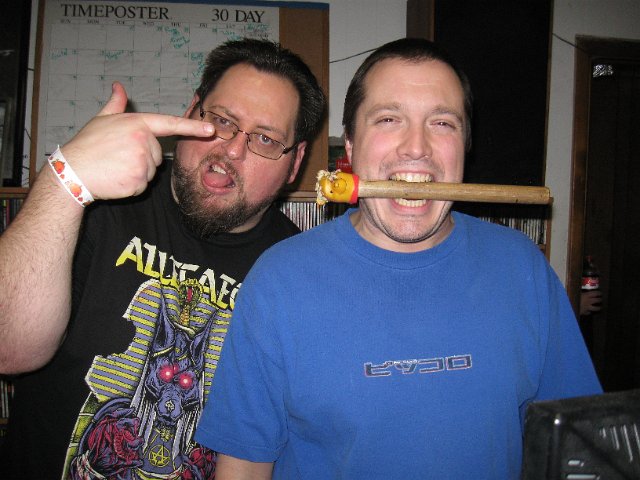 South Park "Merry Fucking Christmas (Mr. Garrison)"
This Will Hurt You "Lookz A lot Like Christmas"
Suicidal Tendencies "If I Don't Wake Up"
Fall of Serenity "Knife to Meet You" 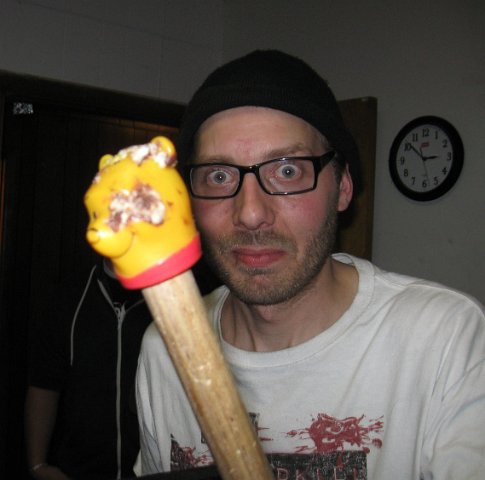 Monty Python "Always Look on the Bright Side..."

___________________________________________________
Recap by Fire Eater Wizard
This was a very special LE, as it would be the last one ever, as The Apocalypse would occur the following Friday. So this was our Apocalypse Show. It would be mostly a Russian Roulette Show, where the computer would pick the songs at random, and, when a bullet played, they would stop, and Azkath would push the button on Satan's box, and it would give instructions on what would happen. There were a ton of people present, Rick and Randy, from The Metallic Onslaught, Kal, Keith and Jason, from the band Sanjuro Fields, Pete and Eric, from the band Ire Clad, members of the band 13 South, and, a very special guest, someone who has been there from the very beginning of LE, Sloth, who, tonight, was The Sloth Of The Apocalypse. Sloth claimed that the Apocalypse was not going to happen. The first bullet was that Sloth had to eat twenty Twinkies, which sent Sloth into a fit of hysterical mourning, because Twinkies are the food that sloths thrive on, and, they are no longer in existence. Next bullet, everyone got records broken on them. The records didn't break as well as usual, I'm sure Satan's doing, and Azkath was the only one who bled, when a record didn't break, but snapped back and gave him a nice gash on the face. Next bullet, Pooh Stick Goes Where? Sloth took the Pooh Stick, a stick with a Winnie The Pooh's head on it. He first shoved it up his ass, then went around putting it various places on everyone's bodies. He put it in someone's doughnut hole, no, that is not a cute term for what you are probably thinking, an actual doughnut hole, the kind you eat. Azkath challenged anyone to eat the doughnut off The Pooh Stick. There were no takers for that for some reason, you would think doughnut holes would be tasty. But then Sloth ate it himself. Um, EWWW!!! That brown stuff on the doughnut isn't chocolate! Another bullet, Randy had to go into the bathroom. The bathroom was supposed to be full of balloons for this, but Randy had forgotten to get the balloons, BAD RANDY! Eric was waiting for him in there, with The Pooh Stick. There were disturbing sounds issuing forth from the bathroom. Azkath sent Sloth to go check on, and perhaps save Randy. Sloth didn't want to, but finally went. He was heard telling someone to "Get off of him, you nasty man!". Then it appeared that Sloth got the crap beaten out of him. Sloth was thrown out of the bathroom. They asked Sloth, Randy, and, Eric, what had happened. Sloth said he had tried to break up some disturbing man on man love, but that apparently it had been consensual, because he wound up getting beaten down, and thrown out of the bathroom. They asked Randy what had happened. Randy said that Eric had started talking about the track lighting in his room, and then had started holding The Pooh Stick in quite disturbing ways... They asked Randy how he felt... He said violated. Another bullet was that everyone was to sing "Happy Trails To You", in honor of The Apocalypse. They did. It was horrible. Sloth was leaving, well, ya know, it takes him two months to get home, sloths are extremely slow. Azkath told him he had found a Twinkie for him. Sloth didn't believe him, but took it... He said it was vile, tasted like vomit. Azkath told him it was only a Ritz cracker, he had told him it was disguised to look like a Twinkie. Before Sloth left, Azkath played some special music for him... It was porn sounding music, Sloth preceded to do a porn act, molesting everyone there. Sloth left still claiming that The Apocalypse was not going to happen, that, as The Sloth Of The Apocalypse, he knew these things. Azkath told him he couldn't know these things, because, without his life force, Twinkies, he was in to weakened a state. After Rick and Randy had left, they were driving back together, Azkath told Randy, if he was listening, and he was asleep, which would seem to be a contradiction, I mean, if he were asleep, how could he be listening, and vice versa, to every once in a while, reach over and grab Rick's boob. Again, if he were asleep, how could he do that, but this was because Azkath had forgotten to hypnotize Randy before he left into doing something that would make the ride home miserable for his companion. There were two segments of Movie Time. Just Joe had purposefully stayed away from this LE because he wanted to avoid the Apocalypse Bunnies that await us. Azkath still suspects he is building robots to combat the bunnies. Christmas metal and comedy, was played throughout the night, as well as music befitting The Apocalypse. Azkath ended the night by thanking everyone who had participated in LE over it's many years, and then the final song was the only appropriate way to end the last LE ever, Monty Python's "Always Look On The Bright Side Of Life". So, I guess this is my Final recap for LE. It's been a real blast with LE, first for two years as a listener, and then for the last ten years as a participant, and a contributor. It's been great knowing you all, and hope to meet up with you all again in the next plane of existence. HAPPY APOCALYPSE, EVERYONE!!! ENJOY!!! 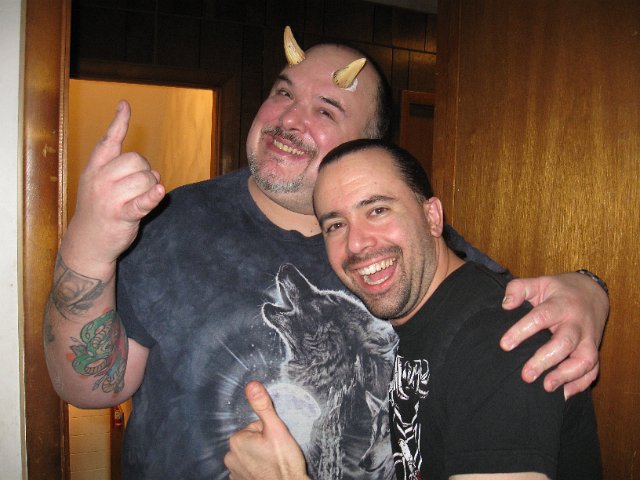 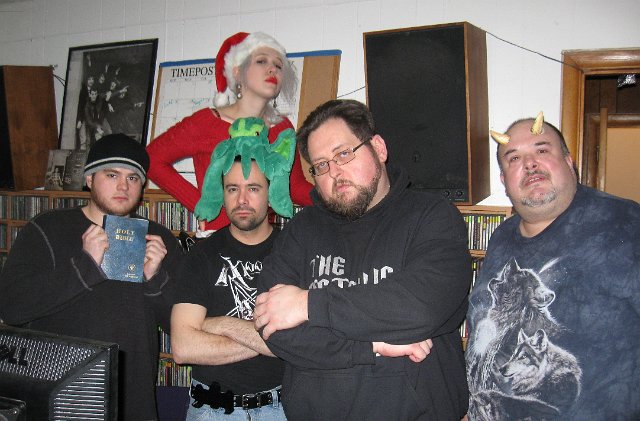 Laibach "Sympathy for the Devil"
Venom "Black Xmas"
Cradle of Filth "To Eve, The Art of Witchcraft"
Marduk "Chorus of Cracking Necks"
BCT "I Love Satan" 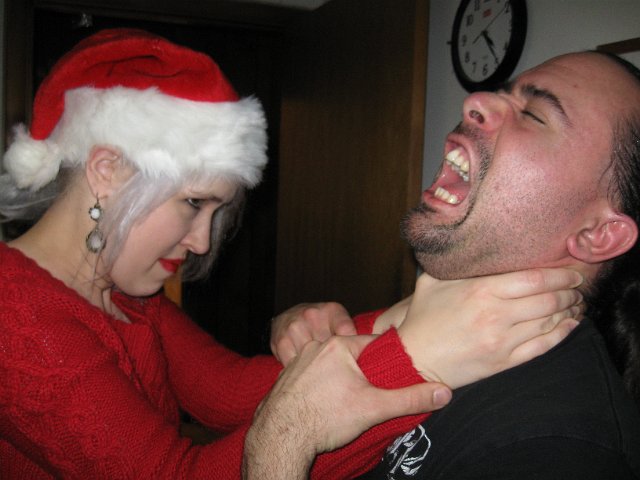 Read more...
Listen to the Show

This night we interviewed Kadria, vocalist, and main member of Altlanta based band, Inviolate. Female fronted, melodic Hard Rock / Metal with some electronic influences.
Check them out on Facebook, Twitter, and Reverbnation.
Listen to just that interview HERE.

Recap by Fire Eater Wizard
This was the last LE of 2012. Either we are living in a post apocalypse world, or The Sloth Of The Apocalypse's declaration two weeks ago that The Apocalypse wouldn't happen, was right. Present for this night were, Rick, from The Metallic Onslaught, and, Tim. At 2:00 A.M., Kadria, the vocalist for the band Inviolate called in for an extended interview, preceded by one of her bands songs, and followed by one, with a third one in a break in the middle. Her band is very cool. Topics were discussed throughout the night, like Coast To Coast A.M., Jesse Ventura's TV show, The Skinwalker Ranch, wrestling. There were two segments of Movie Time, Rick hadn't seen anything, but talked about stuff he wants to see. The last hour was The Old School Hour... And so thus went the last LE of 2012. Next week, we begin the New Year...