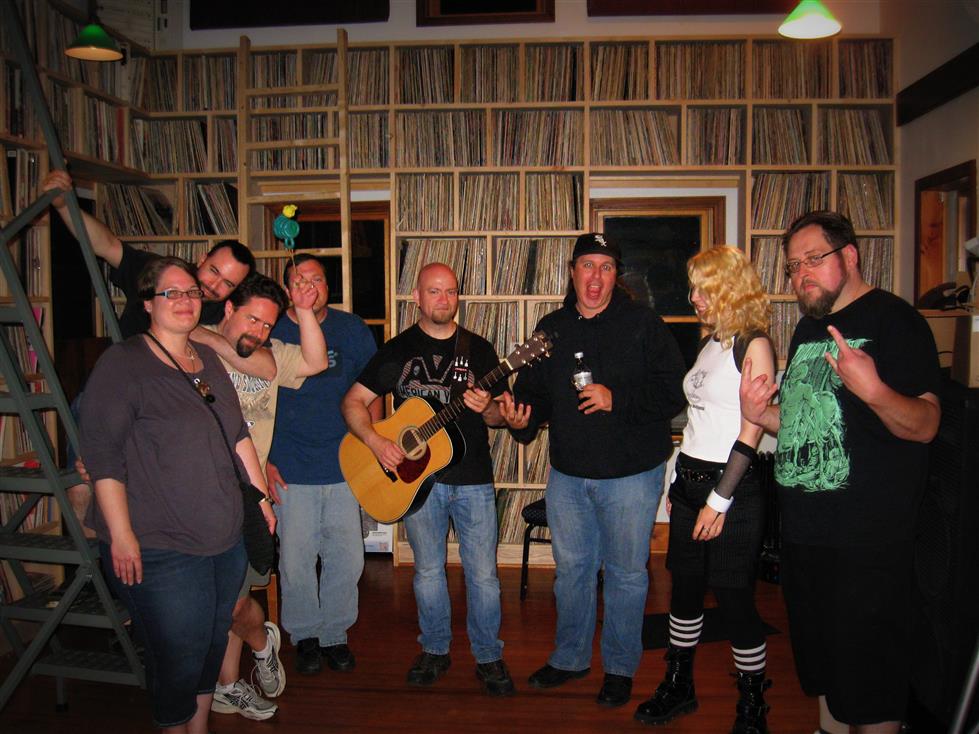 This was the third of our special Anniversary Shows, throughout the month of June, as June marks the twentieth anniversary of this incarnation of the program. So, all month, voices from the past, former co-hosts coming back, current and past band members who have been on, and Best Of clips reliving all the insanity have been featured. Present this night were, Just Joe, who was actually there for two weeks in a row, James, Tim, Rick, From "The Metallic Onslaught", Dave, formerly of the band Spater, we learned this night that Spater was no more, Bri Bri, The Evil Shy Guy, among many names he has had, among others, The Evil Quaker, Hollywood Bri Bri, and Cousin Mel, his wife, Theresa, and his arch Nemesis, The Sloth Of The Apocalypse, and, Matt, who got a big hand for getting the performance room up and running, so now bands can perform live, and full electric, not just acoustic. Dave tested it out, he played some songs, three, including a love song, and a Spater song. The room worked great, and the songs were cool. Azkath had a present for Sloth, The Almost Original Suck Toy Of The Monkeys, from way back in the day. Sloth didn't want to put it in his mouth, but it wound up there anyways. Sloth and Bri Bri still argued, Bri Bri said he had given up being a Quaker, and was no longer evil, but Sloth didn't believe him. Azkath had another present for sloth, a Twinkie. He said it was the last Twinkie. Sloth was devastated when they stopped making Twinkies. He didn't trust that it was real, he thought it was a trick. Finally Azkath convinced him that it wasn't, Sloth opened the Twinkie, and saw that it really was a Twinkie. He started thanking Azkath profusely. While he was doing that, Just Joe was eying the Twinkie. When Sloth finally went to eat the Twinkie, Sloths are really slow, he only got to taste one bite of it, because Just Joe couldn't control himself any longer, and grabbed and devoured the Twinkie. Sloth tore after Just Joe in a rage, or at least as much as a sloth can really tear after anyone or anything, especially when that someone is on a sugar rush from a just eaten Twinkie. Just Joe got back, Sloth hadn't caught him. They asked him why he would do such a mean thing to poor Sloth. Just Joe's response was "Twinkie delicious!". Sloth finally made it back, and did choke Just Joe. But apparently Sloth was unaware that they have brought back the Twinkie, some months ago. When he was informed that you can buy them pretty much anywhere, he said he was leaving to go buy some right now. They asked him to stay for the rest of the program, but he said it would be fine, he was just going to run right down to the store, and grab some Twinkies, and run right back. So he left, and we should see him in about nine months to a year. With Twinkies. The next day, Monday, June 23rd, was Tim's Birthday, Happy Birthday, Tim! So Azkath had a birthday present for him. In the other room, there was a nice big floor, which was covered in about a hundred mousetraps. At first Azkath had thought to have Tim thrown into them for his birthday, but then decided that there was something that Tim would probably like even more than that, Tim could throw Just Joe into the mousetraps. So Azkath had had Just Joe set up the mousetraps, telling him that he was going to throw Tim into them for his birthday, which Just Joe totally bought. So Just Joe took Tim to the mousetrap room, and Just Joe wound up covered in mousetraps, the sounds from there were really impressive. Besides, Just Joe, you should have that happen, not only did it bring Tim happiness for his birthday, but you were really mean to poor Sloth, stealing his Twinkie and breaking his heart. Everyone sang "Happy Birthday To You" to Tim, well, Just Joe shrieked it, like he always does. The like last half of the program consisted of all music from bands that have been in the studio at LE over the past twenty years, and there is still a ton more of it to get through, we have had many, many, really excellent bands grace us with their presence over these two decades. Sadly, many of them are no more, but they left us with a lot of really great music. There was a Movie Time, and TV programs, and wrestling, were discussed as well. Throughout the night many Best Of clips were played, featuring Bri Bri and Sloth. And James brought us a wheel, we have never really actually had a wheel, just a box with a button on it, but now we have one, thanks to James. And so, thus went the third of our Twentieth Anniversary Specials. - Fire Eater Wizard 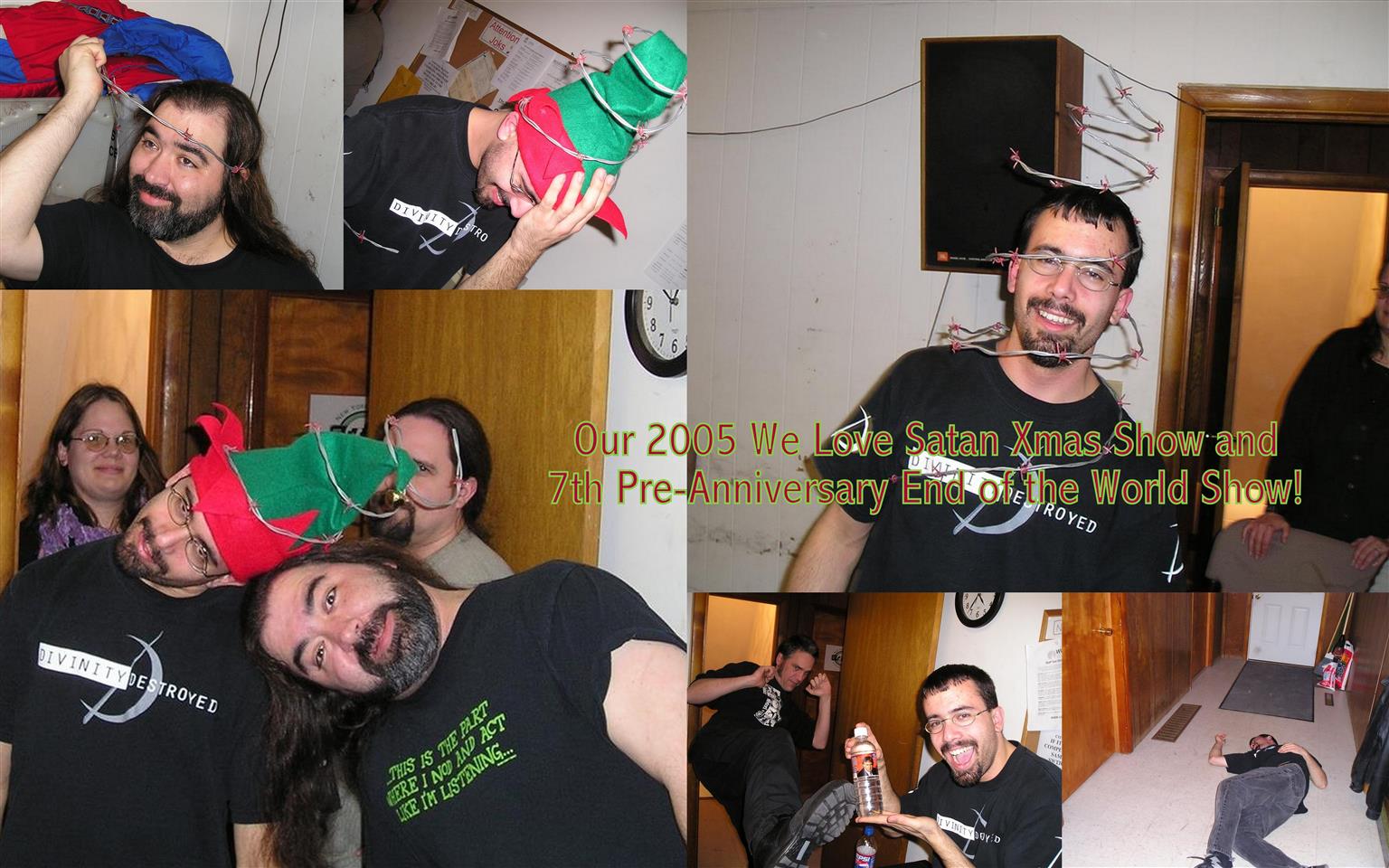