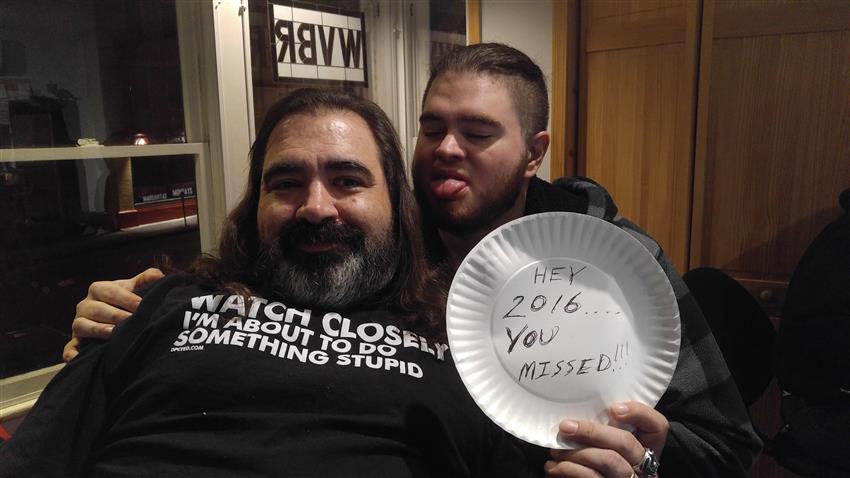 This LE fell right on New Years Day, they both began at midnight. It was a 50 Years Of Metal Show, we looked back at 50 years of metal, from 1967, to 2017, the whole night comprised of sets of songs working our way up to the present, ending with a song that Azkath has as a promotion, but which doesn't actually come out 'til the middle of January. Except for a three song set at the beginning of the program, three songs talking about New Years, LE style. Present were EVD, and, Eric. And a shout out to former co-host, The Almighty Monkey, who was listening, and first suggested that EVD was actually Michael Jackson, and then Lemmy from Motorhead, that they had never really died. EVD denied this, but, well, you never know, I mean, have you really ever seen him and Michael Jackson, or Lemmy, together? There were segments of Movie Time, a TV program was recommended as well. And so thus went the New Years Day LE...