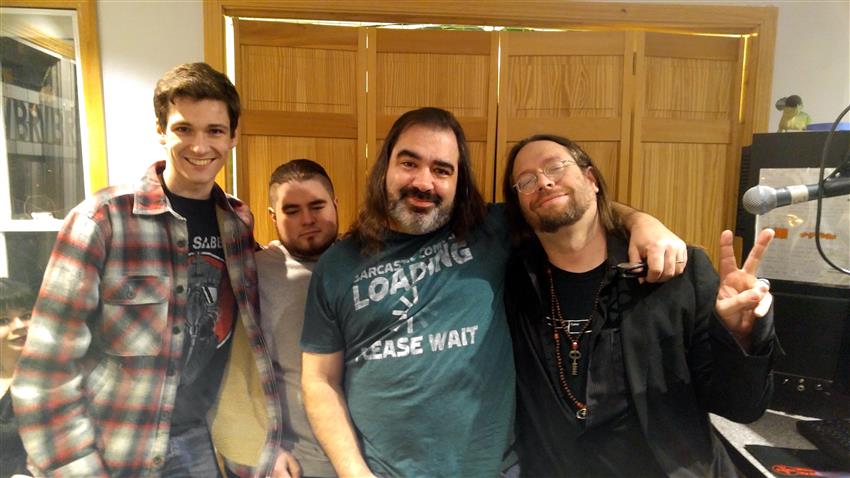 Present were, EVD, Nathan, Justin a.k.a. Twelve Inch, Kevin, Eric, and, Eon West. Eon read some of his own poetry from a book. Justin and Nathan were on the floor doing some, um, interesting stuff, Justin was calling Nathan Cuddlebear. He said that was his "Nathan Time". Then Eric decided he wanted some cuddle time with Nathan, which Nathan didn't seem to enjoy at all. At one point, Eric was pantsless. Azkath played a Connect-A-Set, a set of songs that all shared something in common, which everyone was supposed to guess what that was and no one could. He also played some music from vinyl. There were segments of Movie Time, some TV programs were discussed as well... You can find Eon and his stuff at www.eonwest.com.

Predator "Masters of the Night"
Num Skull "Kiss Me, Kill Me"
Ordos "House of the Dead"
Zombie Assault "From Beyond"
HP Lovecraft "The Garden"
The Great Old Ones "Mare Infinitum"