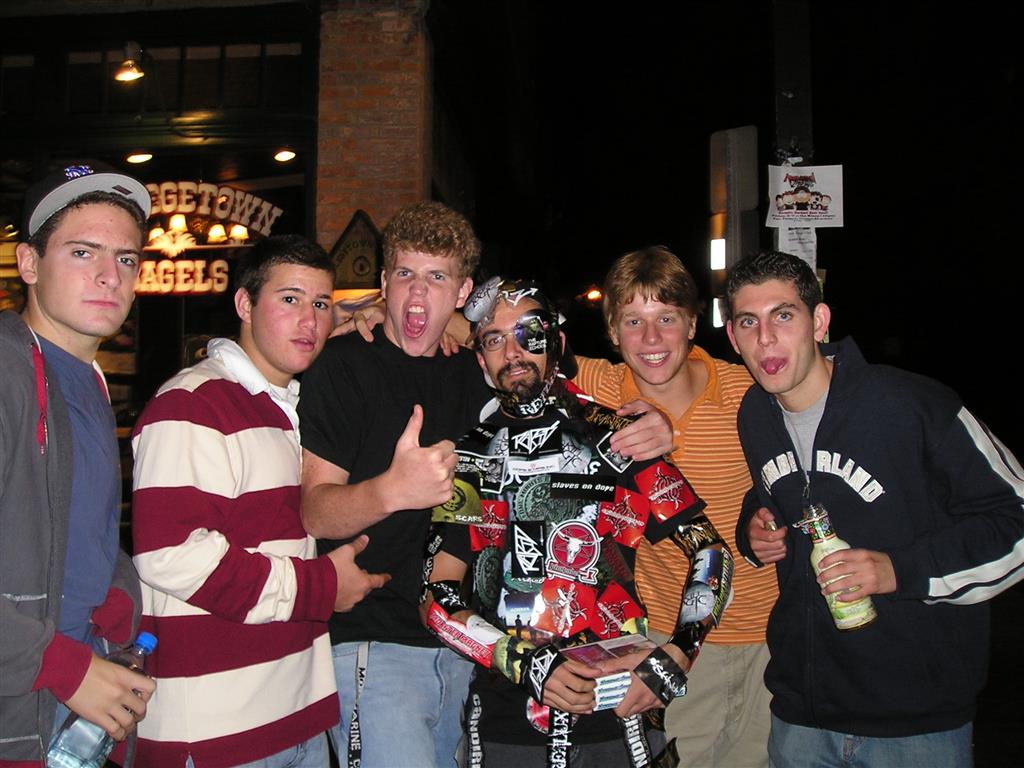 Electric Vodka Dude was there. It had been he who had attacked and abducted Just Joe at the end of the prior weeks show. He said that he had taken Just Joe away, beaten him down, and bound him to a tree. He said that Just Joe would probably not be there that night, as he had tied him up really well, and besides, Just Joe would be afraid to show up with him there. However, after a bit, Just Joe did show up. Also present this show were, Gorgar, (so now Just Joe ought to finally be able to tell Electric Vodka Dude and Gorgar apart), Heather, who was formerly in the band Military Wife, and, a long time ago, used to be a frequent guest on LE, and Chris, the vocalist and drummer for Lotus Project. Chris updated us on what Lotus Project has been/is up to. Just Joe's Hugging Music played a couple times during the night, and he went around the room hugging everyone. While he was doing this, he got revenge on Electric Vodka Dude by humping him. Then they covered Just Joe with stickers, and Electric Vodka Dude and FMG accompanied him out to meet and greet people. While he was gone Heather said that she had enjoyed Just Joe's hugging her, and that she thought Just Joe was sweet and cute. Ok, Heather, if you say so! Chris also said that he guessed that he also liked Just Joe, so, apparently it was a good night for Just Joe. When Just Joe returned, (the sticker outing had proved to be rather uneventful this time, and, this time he had posed with more guys than girls), they told him what Heather had said, and that they thought he should take her to the basement. Which Just Joe did. She still seemed to still like Just Joe when they got back. Then it was time for them to yank all those stickers off of Just Joe. There was quite a bit of screaming during this, and, when it was over, there were a lot of stickers covered in Just Joe hair. Those should be given out as prizes. Who wouldn't adore that souvenir?! Then another voice from the past was back. Handy/Handjob/The Hand Puppet Of Doom! He was still his same old obnoxious extremely loud self. Then Just Joe also had a puppet, Super Monkey (another creature from the past), so now there were two annoying puppets. The two puppets began making out and there was much puppet molestation of each other going on. It was very disturbing! It truly did seem to be old home week, as yet another voice from the past, and someone whom Handy was VERY familiar with, called in, (not on air, though), The Almighty Monkey! After Handy had gone, Just Joe still had his puppet, and was being extremely annoying with it (he is even more annoying with a monkey puppet than he usually is, and, that's hard to top), so they had to beat him down and take it away from him. In the last portion of the show, performances from two Xtreme Soundscapes Shows were played. Bone Jar, from the June 22nd show, and In Red, from the June 11th show. They sounded great and both rocked...

Listen to the Show... 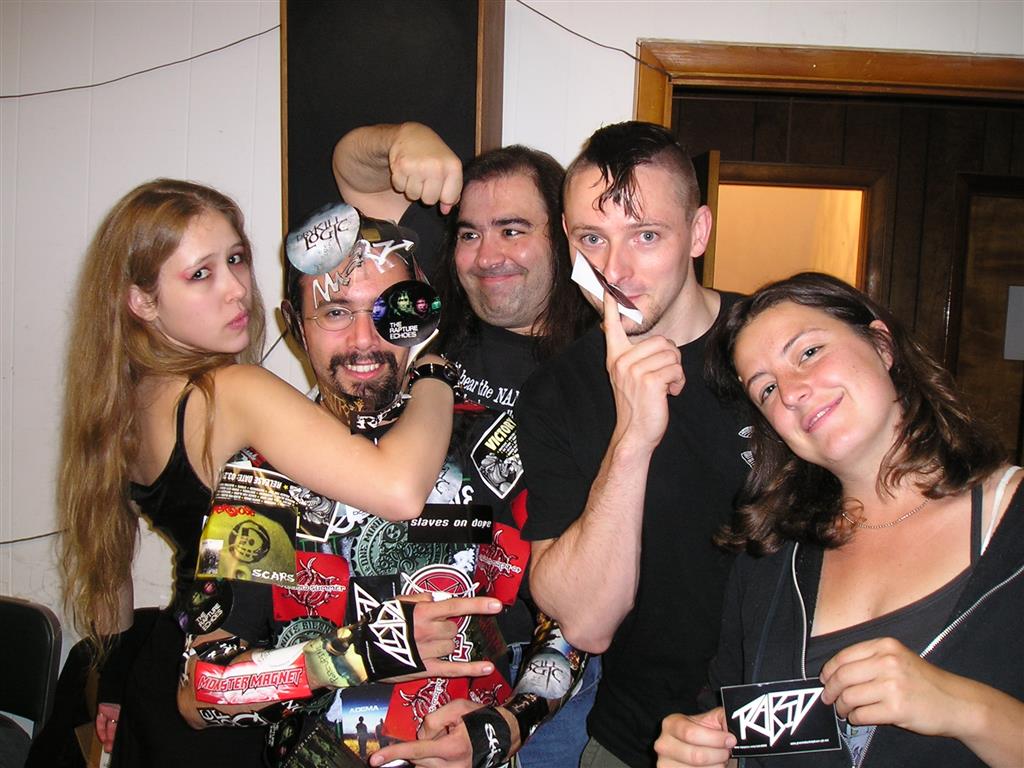