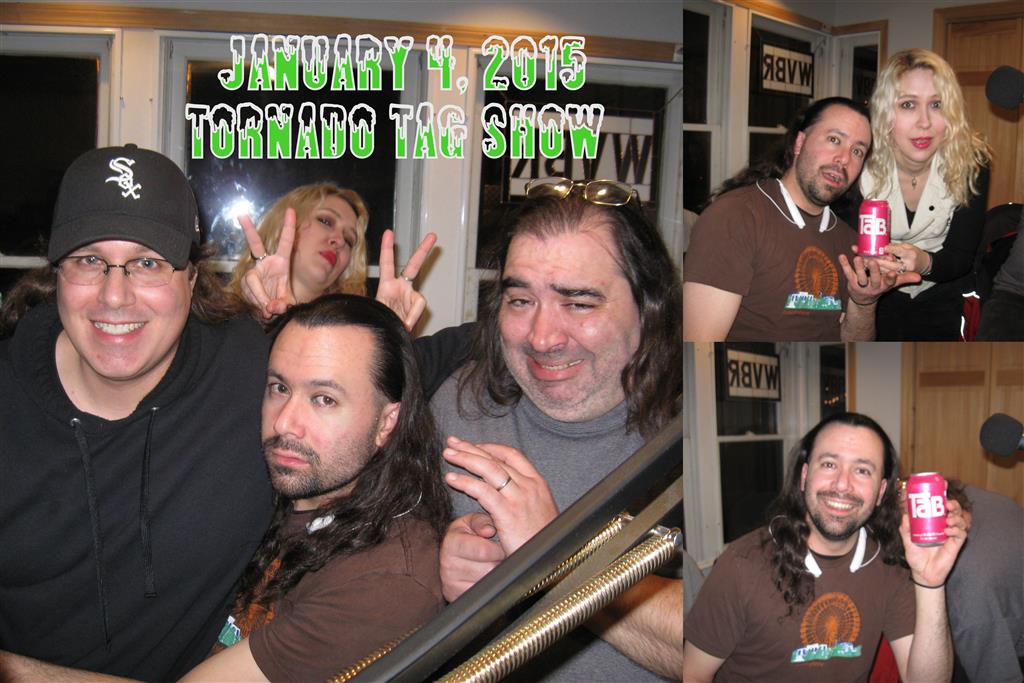 Hit by a Bus "Detonator"
Careless "D.F.M."
Karyn Crisis' Gospel of the Witches "Mother"
Tranquilatwist "Bruise My Soul"
Stolen Babies "So Close"
Schoolyard Heroes "Razorblade Kisses"
Brenda's Never Been "Soul Sick"
Dyonisis "Step Away"
Iwrestledabearonce "Tastes Like Kevin Bacon"
Bloodbath "Famine of God's Word"
Dying Fetus "Your Treachery Will Die With You"
Pixies "Monkey Gone to Heaven"
Psyche Corporation "Lee Lee the Wondergirl"
Zadoc & the Nightmare "Off with Her Head"
Type "O" Negative "IYDKMIGTHTKY (Gimme That)"
Craft of Unknown Origin "Carnival of the Odd Legged Giants"
Puteraeon "The Azathoth Cycle"
Anacrusis "I Love the World - Demo Version"
Horse the Band "Kangarooster Meadows"
LAW "Of Monkeys and Man"
Never the Sunshine "Superstar"
Skold "Anything"
Shotgun Messiah "Jihad"
KMFDM "Anarchy"
Alice in Chains "Nutshell"
Space Farm 2600 "Definition of Insanity"
Anthrax "Be All, End All"
Eluveitie "The Silver Sister"
TesseracT "Of Energy - Singularity"
Backyard Babies "Colors"
Sinisstar "Freak of Nature"
Motley Crue "Welcome to the Numb"
Mind at Large "Died on a Sunday"
Twisted Sister "The Price"
Savatage "Alone You Breathe"
Thrash Bombz "Human Obliteration"
Seance "Fornever Laid to Rest"
Napalm Death "Cesspits"
Mikey Mason "Another New Year"
Lanfear "Spectrophobia"
Darkest Hour "The Futurist"
Lesser Key "Pale Horse"
Damone "Wasted Years"
The Pushrods "Girls in Vinyl Skirts"
Loki the Grump "Shockingly Happy"
Pandora's Toybox "Jerking Off This Mortal Coil"
Mahavatar "Cult"
Riot "Storming the Gates of Hell"
Dissection "Maha-Kali"
Polyethylene "Thurman Wood Warmed Nights"
Tripping Horse "The Burning Sky"
The Agonist "Business Suits and Combat Boots"
the great Luke Ski "Q*bert"
Metal Church "Ton of Bricks"
Melvins "Skeeter"
Worm Quartet "What Your Parents Think All Your Music Sounds Like (Studio Version)"
Andy Prieboy "Tomorrow Wendy"
Recap by Fire Eater Wizard;
This was the first LE of The New Year, 2015, and it was a Tornado Tag Show, which meant everyone, Azkath, Just Joe, EVD, Arydaea, Eric, Tim, and I got to pick a set of three songs, and then tag off to someone else,who would then pick a set of three songs, and then tag off to someone else, so there was a real mix and diversity of everyone's different tastes. Now, Europe's "The Final Countdown" is banned from this program, but Just Joe tried to use one of his sets to get around that. Azkath told him he had a deal for him... He could either play "The Final Countdown", or he could have whatever was in a mystery bag, which, he promised, was something he would really like a lot. Just Joe was kind of skeptical, fearing there might be spiders, or something else he is really afraid of, like Jellybeans. He had good reason to be suspicious, after long years of being tricked like that. I even doubted it was something he would really like, but Azkath assured him that he would like it, a lot. Finally Just Joe's curiosity won out, and he traded a sure good thing, or at least in his mind it was a good thing, but then consider the mind we are talking about here, even I don't like that song, and I have been accused of having the worst taste in music, for the unknown. And, wonder of wonders(!), it actually was something he really liked, and he thought was totally worth it... It was a can of Tab Cola. Now Eric had never tasted Tab, and had apparently always felt deprived about that, so Just Joe shared his good fortune with him. Eric turned out not to like Tab, but he was still glad that he had finally gotten to try some. Then this spawned a debate on Tab, each person voting on whether it was good or bad. Only Just Joe and Azkath thought it was good. EVD had been absent for two weeks, and Satan had said he had plans for him. Tonight we learned about that... Satan had shaved off EVD's Ouija Beard, which we had only just discovered made sounds if you rubbed it, and you just had to be able to interpret the messages. EVD said he had enjoyed his time hanging out with Satan, and that Satan told him that he doesn't like Christians, I know right, no big news there, but EVD said that it was not for the reasons you would think. It was because lately they have been stealing his job with their hateful, mean words and actions. Two rounds of the new game introduced last week were played, just a bit differently. Azkath played a song, and we all guessed if it was old or new, I almost was three for three in the win column, if I hadn't changed my mind from my original answer on one of the songs about half way through it. There were segments of Movie Time, and TV programs, and a video game were discussed as well. The last hour was not The Old School Hour, as it usually is, so people could keep picking three song sets, and it ended with each of us giving one final pick, with the very last song being my pick, one of my favorite songs ever, in any genre of music, and it is also the song that used to end the program every week in it's first incarnation, now thirty years ago, when it was called "Rockin' The Night Away", and was hosted by Jrrbl, so a throwback to history, the song "Tomorrow Wendy", by Andy Prieboy... And so thus went the first LE of The New Year, a very good start, as I said, filled with variety...