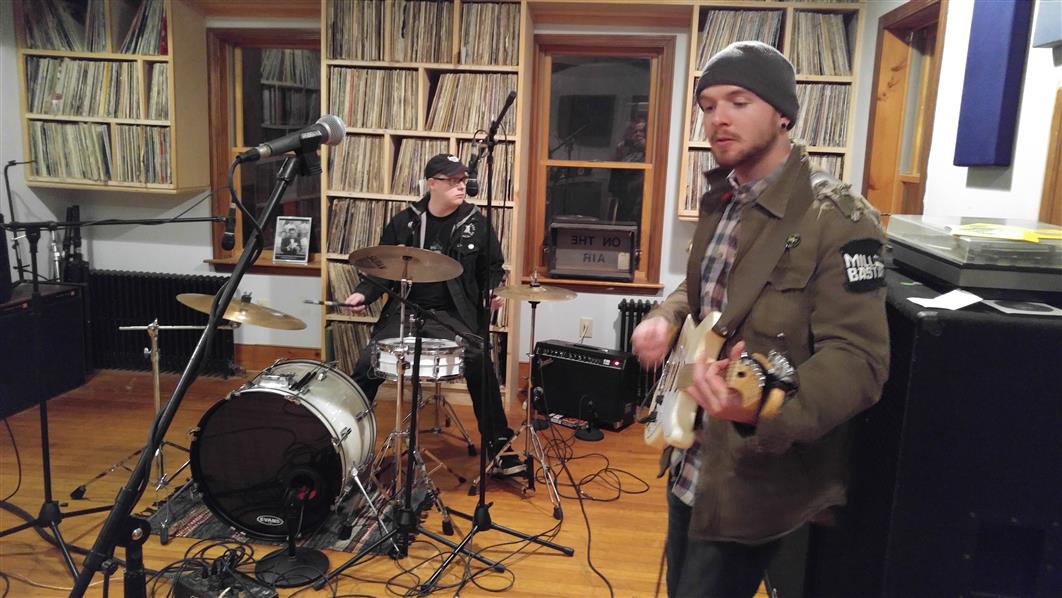 Present were, EVD, Nathan, and, Justin. A band performed eight songs live in The Performance Room. It sounded great, Nathan did a good job running the sound. What band, you may ask? Well... That question is a little harder to answer than would normally be the case... It was a two piece band. One guy in it, Claus Butts / Nick Beacon's band is called Live Bombs, which is who he booked the show as, but Live Bombs isn't who was performing. The other half of this band, is just going by his name, Christian Matthew, because, he hasn't thought of anything better he wants to call it yet. So, the band that performed, for now, is Christian Matthew. Wow, I never would have thought telling you what a band's name was could be such a complicated question. Hope you got it, I'm sure you did, you are all smart people. Claus Butts / Nick Beacon brought along an EP of Live Bomb's music, and some songs from it were played, it's a punk band, so they were all short songs. Both people were interviewed, and talked about both bands. they are both cool bands, you can find Live Bombs on Facebook, with links to it's other sites. Christian Matthew is on Soundcloud and Bandcamp, they are both awesome bands. There were segments of Movie Time, TV programs, and Internet shows were talked about as well...

Christian Matthew Live in Studio
* Hudson Street
* The Lighter Side of Tragedy
* This is Tom
* Cigs
* Dennis, let's not go to class today
* Joyride
* Not Impressed
* Jukebox broke
* The Kid