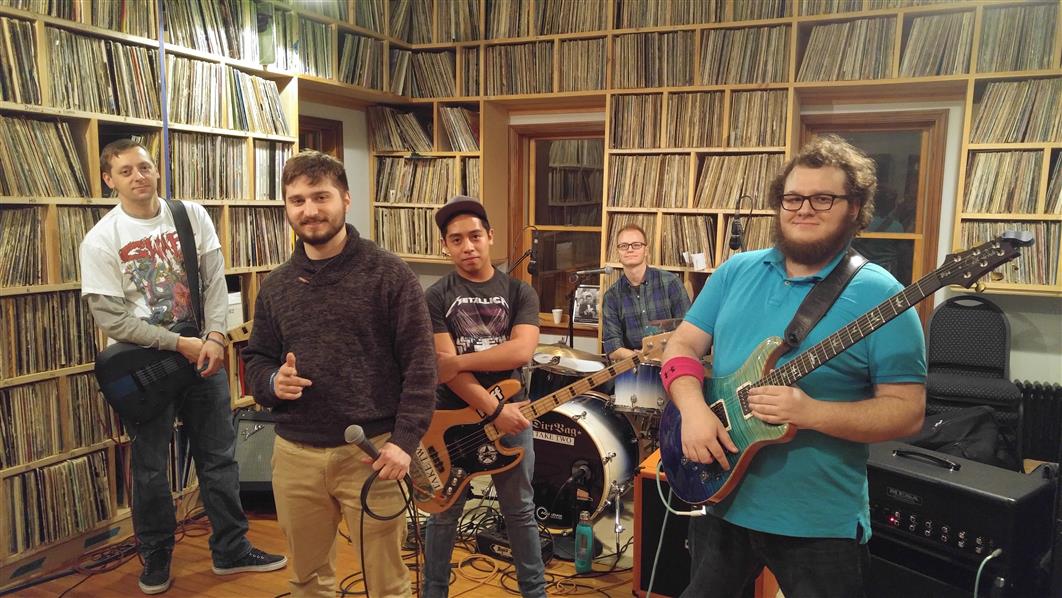 Present were, EVD, and, Nathan. The band Take Two performed a set of several songs live in The Performance Room, after which they were interviewed, and updated us on all the latest goings on with them, and introduced us to their new band member. they are cool. You can find them on Facebook. Nathan was given a present for doing such a good job running the sound, as he always does. His gift was an old VHS Camcorder. Nathan likes old equipment, he was playing with it all the rest of his time there. Nathan still has that teen werewolf look going on. At 5:00, an H.P. Lovecraft story, "Pickman's Model", was played in it's entirety, it ran about a half hour. There were segments of Movie Time...

Dream Theater "A Change of Seasons"
Hittman "Test of Time"