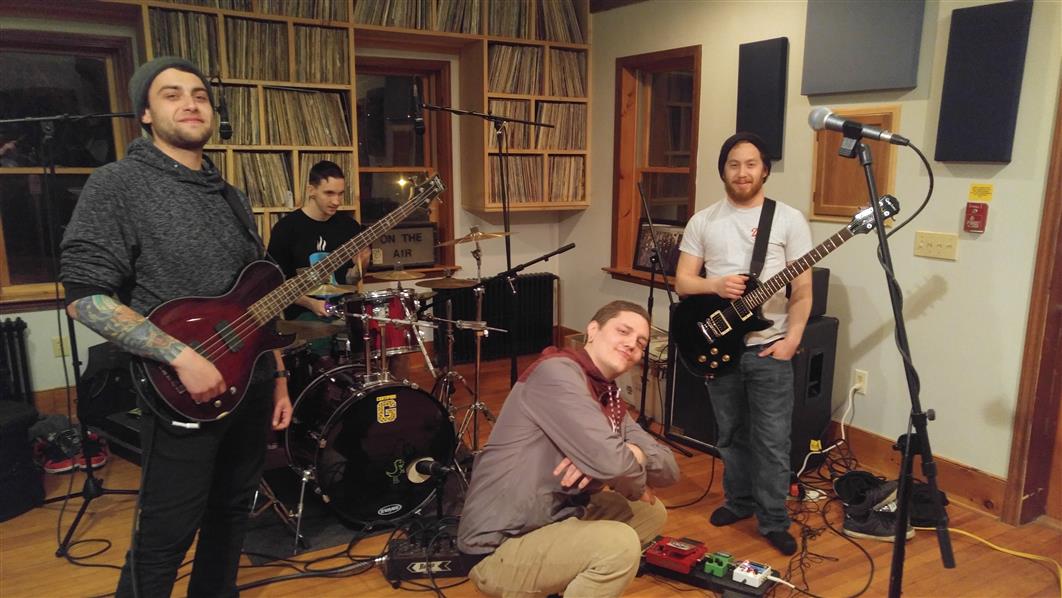 Present were, EVD, Nathan, Just Joe, Kevin, and, Tony Georges from the bands RADII and Peaches And Crime. The band Scio was there in the first part of the program, and performed seven songs live. Afterwards they were interviewed. This was their first time here. A track from their CD was played. They rock. You can find them on Facebook and on bandcamp.. Again, thanks to Nathan for doing a great job running the sound. Tony brought along a lot more cool music on vinyl, which was played. Nathan did a bad thing, he led everyone away from the mics into another room to show them something during a talk break, so, for a set of music, for the first time, Just Joe was told to put him in detention. Now we can't speak about what that involves, but, when asked how he felt about the experience, Nathan was too traumatized to talk about it. Well, Nathan, I certainly hope you've learned your lesson! Thanks to a listener named Damian, he sent EVD a big ring. No, not an engagement ring, or a wedding ring, just a really nice ring. There were segments of Movie Time. The program began with a three song set by Savatage, and ended with another song from them, in tribute to Paul O' Neil, also of Trans Siberian Orchestra, who passed away...

Scio "Content"
Unaussprechlichen Kulten "The Woman, The Devil and God's Permit"
Maat "Imhotep - Thy Architect"
MindMaze "Reverie"
God Dethroned "On the Wrong Side of the Wire"

Megadeth "These Boots..."
Heathen "Set Me Free"
1000 Homo DJ's "Supernaut"
After Forever "The Evil that Men Do"
Believer "Like a Song"