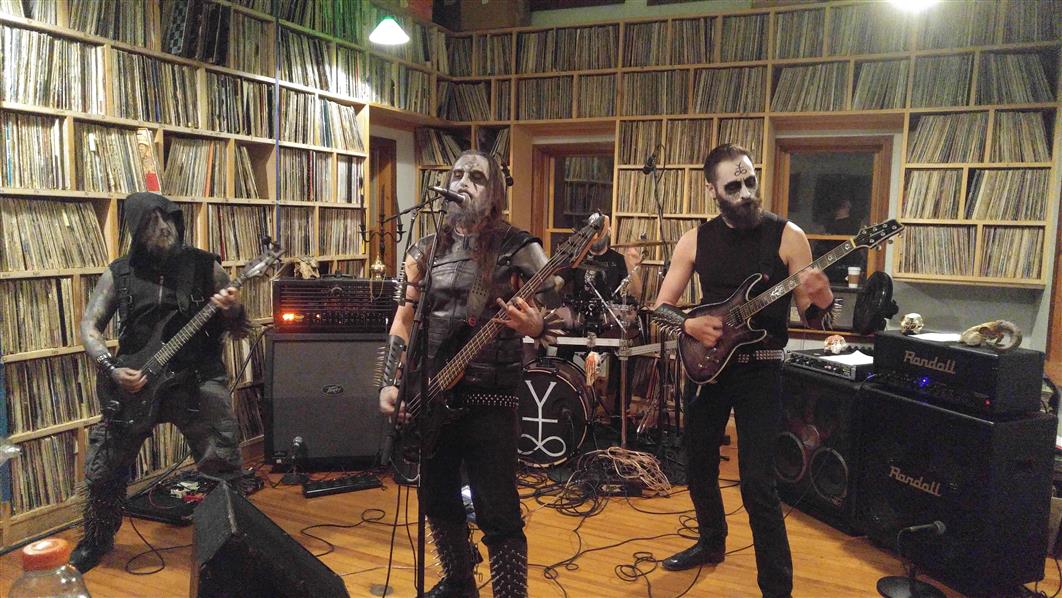 Present were, EVD, Nathan. The band Vile Tyrant performed live. They are a black metal band. They rock. You can find them on Facebook, bandcamp, instagram, reverbnation, spotify, and all the other usual social media sites. They were interviewed after their performance. It was their first time here, so they told us all about themselves. A track from their EP was played. Thanks again to Nathan for running the sound. Some television programs were talked about. a lot of brand new music was played, as well as some old school stuff. The last song of the night was Nuclear Assault's "Mother's Day", as it was Mother's Day...

The Anti Nowhere League "So What?"
Warrior Soul "The Answer"
Agony "Storm of the Apocalypse"
Jungle Rot "Let Them Die"