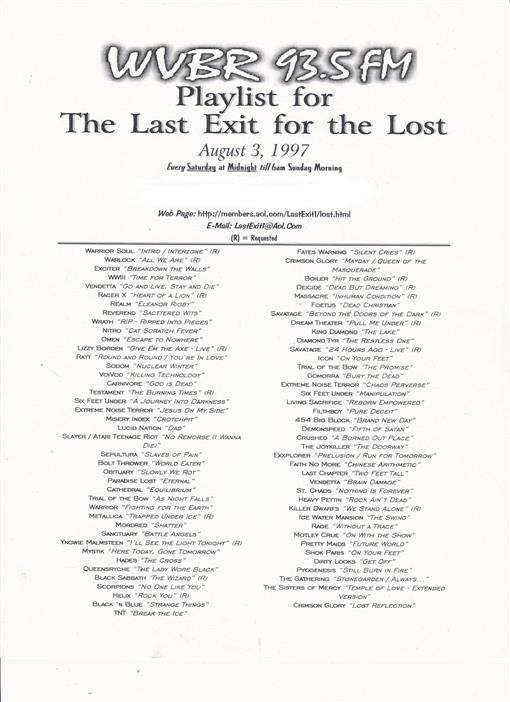 This was a pre-recorded show that was meant to air when we went to see Nuclear Assault in April. Due to the pandemic, that of course has been cancelled, as well as live in studio shows for now. For this show, I delved into the past, and grabbed a playlist from 1997, for which I don't have a copy of said show. I replicated it for the most part, had to add a little at the end, but it was kind of a Tribute to the Past, which was also, back in 1997, a Tribute to the Past Show, so it kind of nested. I thought it was an interesting experiment... Enjoy!