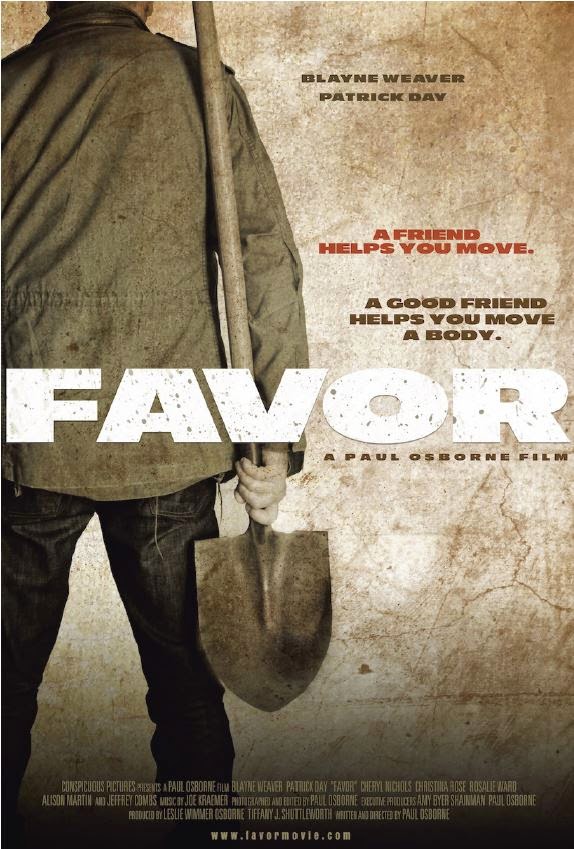 We spoke, this night, with Paul Osborne, the writer and director of the new thriller, Favor. We speak about many facets of his new movie, and talk a bit about his previous film, Official Rejection. I found Favor to be a highly entertaining and well done movie, well worth checking out.
Synopsis
Kip Desmond has gotten everything he's ever wanted: a thriving career, beautiful wife, and an affluent lifestyle, all of which is put in jeopardy when Abby, the waitress with whom he's having a casual fling, is accidentally killed in their motel room. Desperate, he ends up on the doorstep of childhood friend Marvin Croat and asks him for a massive favor: help get rid of the body.
Marvin, an unemployed and divorced loser, agrees to make the body disappear, but the reality of actually performing this gruesome act drives Marvin into a state of deep depression and guilt. He turns to Kip for solace and comfort, since he's the only other person who knows what's happened, but Kip, wanting to stay removed from the situation, insists the two keep their distance.
Increasingly angered by what he feels is a callous betrayal, Marvin begins to ask Kip for favors that soon grow in size and difficulty. When Kip tries to refuse, Marvin threatens to go to the authorities with information about Abby's death. Although Marvin's ploy works at first, eventually Kip refuses to give into this blackmail, forcing Marvin to resort to more violent methods of getting the payback he feels he deserves. This leads both men to murderous acts neither had ever suspected themselves capable of.
Now Available In Over 100 Million Homes On-Demand.
Listen
Rate this item
(0 votes)
Tagged under
Tweet