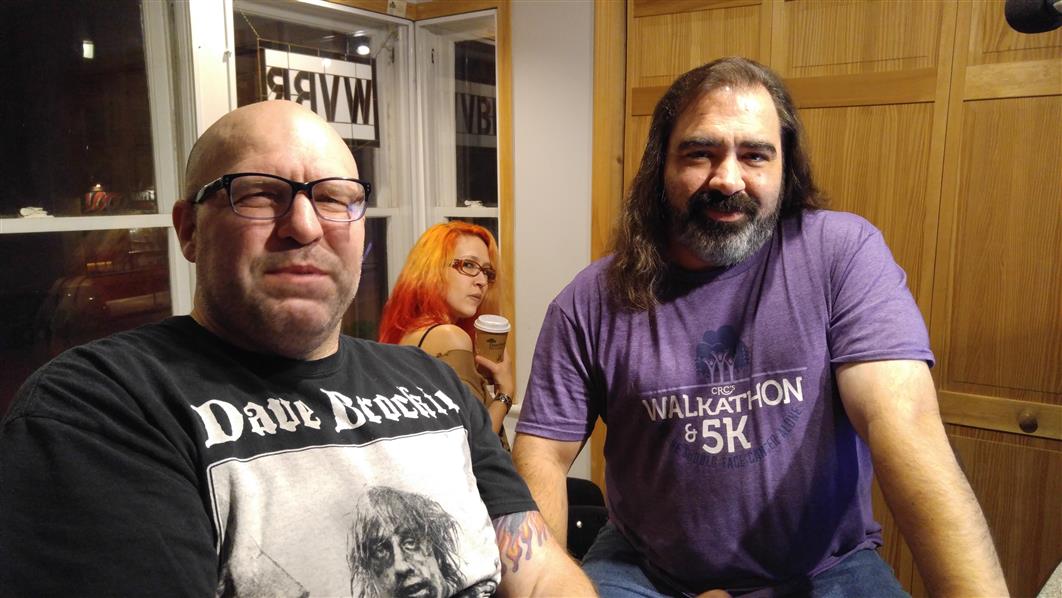 Present were, EVD, and, The Person Formerly Known As, And, Occasionally, Still Known As, Crappy The Clown. Nathan wasn't there because he was attending a furry festival! And, next week, even though we cured him of being a Bronie, he will be attending Bronie Con! Dude(!), there is something seriously wrong with you! You should seek therapy! Azkath aired part of an interview he had conducted with the guitarist for the band HelionPrime, followed by one of their songs, it was cool. We spotlighted musically the year 1996. There were segments of Movie Time. Some other topics were discussed. Azkath read some more of those funny, but accurate, "ShowerThoughts", from Tumblr. The Person Formerly Known As Crappy The Clown serenaded me, singing "I've Had The Time Of My Life", from the movie "Dirty Dancing", as the Friday before this LE, July 1st, was My Birthday. Azkath ended the program by sending out a song to me, for My Birthday, one of my favorite songs of all time, in any genre of music, and I like a lot of genres of music, and it is also appropriate, as we just rapped up our Anniversary month, last week, because this song has a history with this program, as the first host, Jrrbbl, when it was called "Rockin' The Night Away", used to end the program every week with this song, Andy Prieboy's "Tomorrow Wendy". Thanks guys, I loved my serenade, and my song! I really appreciate it!

I spent some time talking to Jason Ashcraft, guitarist of Helion Prime. We discuss the band, inspirations, Sci-Fi, Science, and the future. Their Music Video is linked below. The song at the end of the interview is "Ocean of Time".