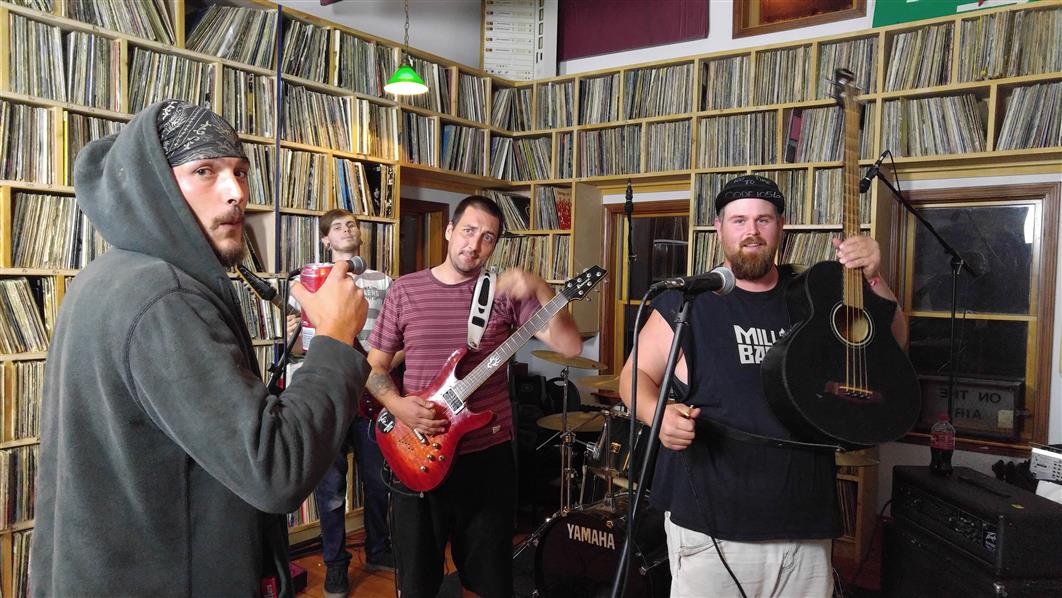 Present were, EVD, Nathan, Kevin, Anna, and Daryl, Olivia and Tim from the band Undead Messengers. The band Code 10-56 was there in the first part of the program. They played a long set of songs in The Performance Room. It sounded great, again, props to Nathan for running the sound. They are a cool punk band. After their performance, they were interviewed, updating us on what they have been, and will be, up to. The only two tracks they have recorded at the moment were played. They rock, you can find them on Facebook. And, Happy Birthday to one of their members, who's Birthday it was this day. We revisited musically the year 2002. And, there was a reason for that... September 22nd, of that year, is my 14th year Anniversary of joining LE. 14 years! It feels like just yesterday, and, at the same time, it also feels like a long time ago. But, I'm glad to be a part of it, and it was great to hear the music that was playing when I first got here again, brought back a lot of good memories. Azkath played a couple of country sounding songs for EVD, with banjos, because we all know how much EVD LOVES "The Salt Creek Show", which follows LE. I'm surprised he hasn't tried to join that program, he is such a huge fan of the music they play! There were segments of Movie Time...