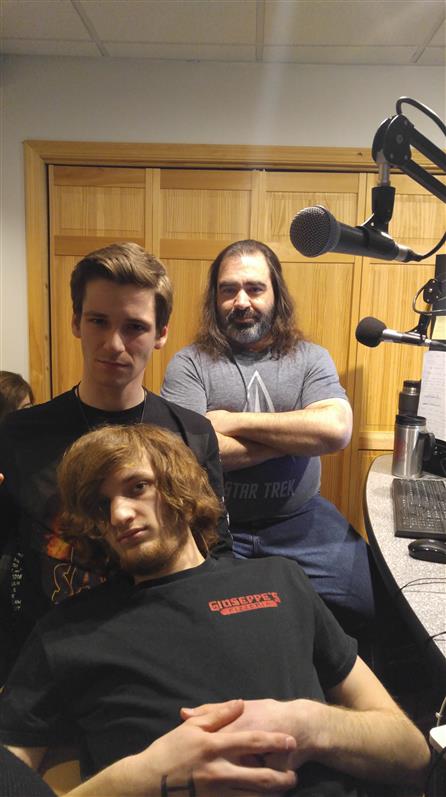 Present were, EVD, Nathan, Justin, AKA Twelve Inch, R.J., Olivia from the band Undead Messengers, Rick from "The Metallic Onslaught", and, Dave Henninger, formerly of the band Spater. Dave has a new band, Spit Nickels. A couple of songs of theirs were played, they rocked. Dave also is the founder of the annual Finger Lakes Metal Fest, which will be coming up in a couple months, in May. He talked about that, and we learned the lineup of all the bands who will be playing over the two day, free, event, three of which had members present here tonight, Dave's band, of course, Undead Messengers, and Thirteen South. R.J. took Nathan into the bathroom, and Nathan came back walking funny, waddling. Um, ok, I don't even wanna know about whatever went on in that bathroom! There was a set of comedy songs. There was music played off vinyl, both new and old. There was an extended Old School Hour, beginning at 2:00. And there were segments of Movie Time.

Dead to a Dying World "The Hunt Eternal"

The Sisters of Mercy "Some Kind of Stranger"