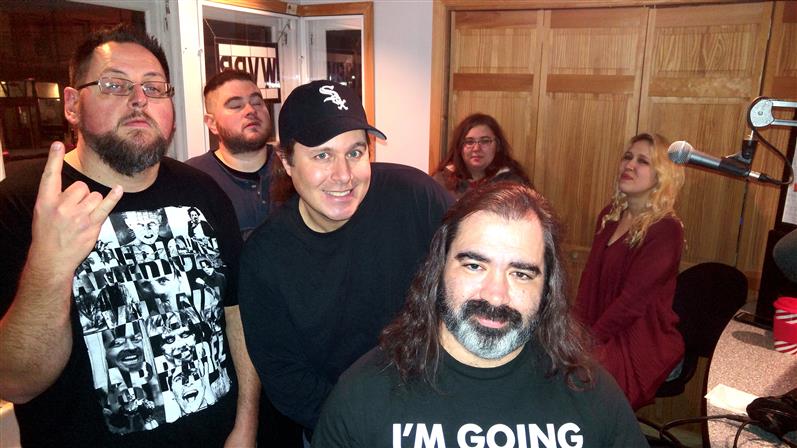 It was our Fourth Year Anniversary Post Apocalypse Count Up Show, as the world ended four years ago, even though nothing seemed to change very much, it was promised that it would end, so it must have. Present were, EVD, Bi-Coastal Tim, who was playing the roll of Justin, a.k.a. Twelve Inch, wow, I bet that's the first time Tim's been called that(!), Eric, and, Rick from "The Metallic Onslaught". Azkath read everyone's futures with runes, predicting that everyone was going to die in the near future. Well, if they do, people seem to have a weird way of coming back from the dead around here, so, it probably won't be the last we'll see of them. Eric celebrated a Birthday a week ago to this day, on December 11th, Happy Birthday, Eric!!!!!There were segments of Movie Time. And, as this was our Post Apocalypse Show, all the music this night was very dark and doomy...

My Dying Bride "Sear Me MCMXCIII"
... And Here I Lie "In Coldness"
The God Machine "Seven"
Neurosis and Jarboe "Within"
Fractured Spine "Suicide Patterns"

Nevermore "The Heart Collector"
Edgar Allen Poe "The Raven"
November's Doom "A Eulogy for the Living Lost"
Nothing "Her Voice, Like Loss"
Oxxo Xoox "Lini"