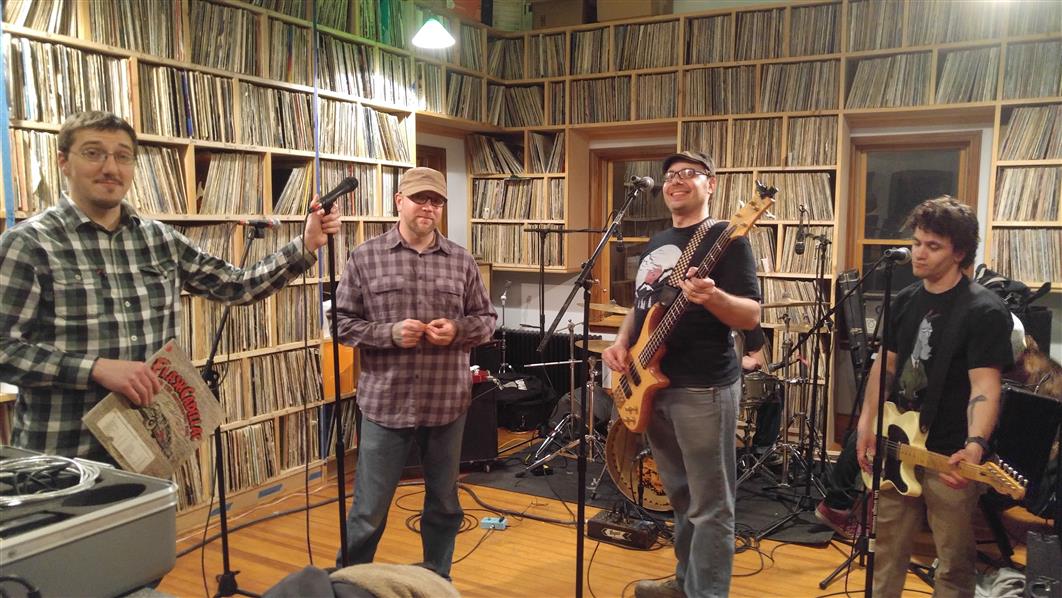 Present were, EVD, Nathan, Just Joe, Justin. The band Sanjuro Fields were there near the beginning of the program. They performed live in The Performance Room. They rocked. They were interviewed, updating us on what's been going on with them lately. Thanks, as always, to Nathan, for doing such a good job running the sound. Just Joe told us that his dog got sprayed by a skunk, and that now his entire house reeks of the odor, as the dog got in the house before they could get her cleaned up.

Palace of Worms "From the Ash"
Achiote "Desert Sun"

The Sisters of Mercy "Alice (1993 Version)"
TNT "Deadly Metal"
Prong "Snap Your Fingers, Snap Your Neck"
The Organization "Been Nice"