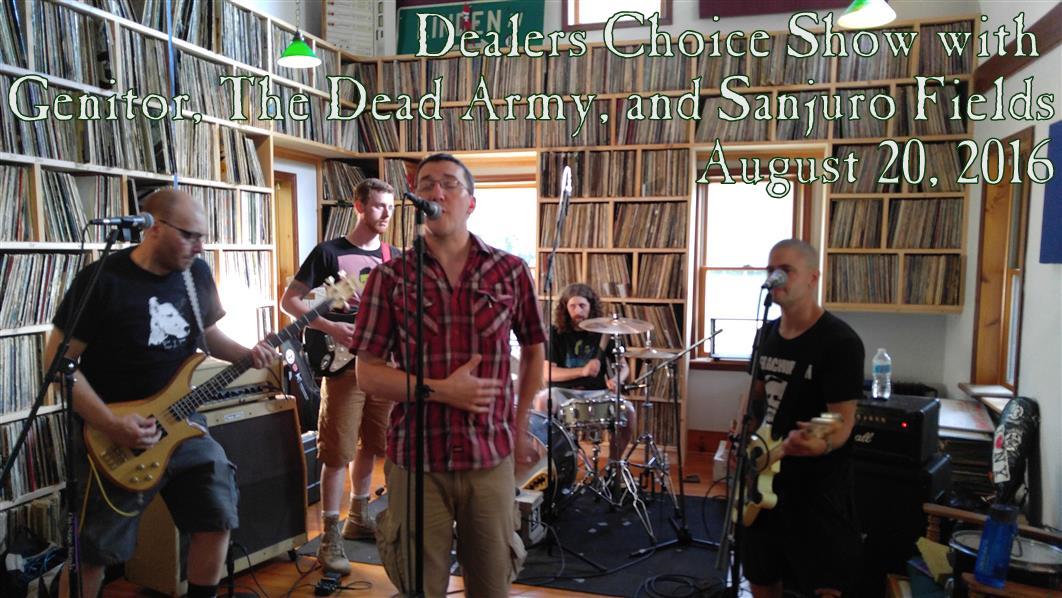 On this Dealer's Choice Show, we had in studio three bands from Cortland, NY. Genitor, The Dead Army, and Sanjuro Fields. As you will see, some members cross over, and John from Sanjuro was not able to make it this day, so John from The Dead Army took over.