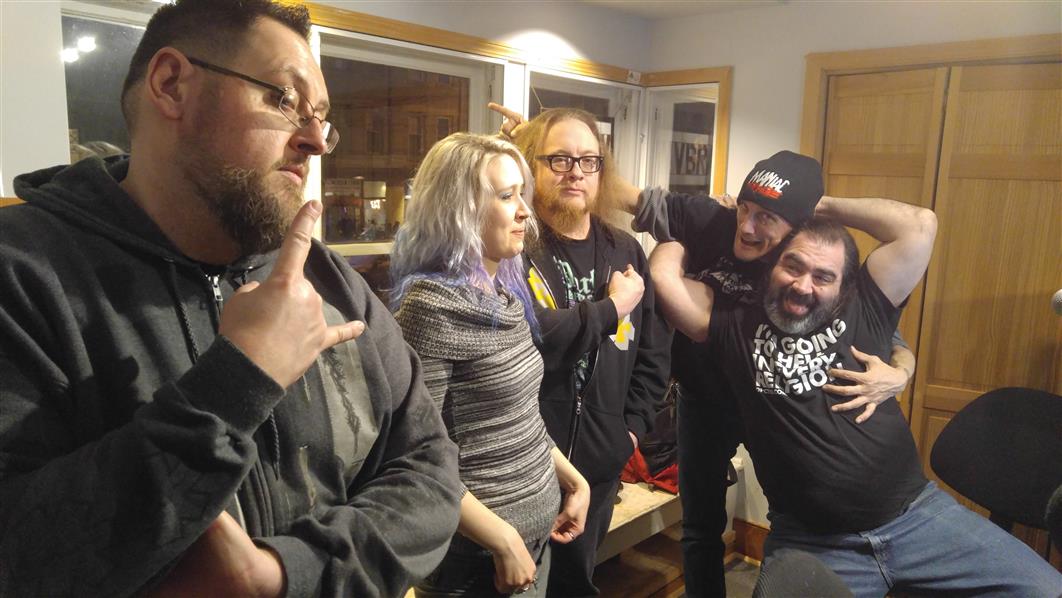 Present were, EVD, Just Joe, Rick from The Metallic Onslaught, and Greg and Tony, from the band RADII. A track from their CD was played. They are cool. You can find them on Facebook, along with the other major social media sites. Now this was the night when we set the clocks ahead one hour, to go on Daylight Savings Time, so, at 2:00, it becomes 3:00, and LE is only five hours long, instead of it's usual six. Of course we get a seven hour LE, in the fall, when we set the clocks back an hour to go back on Standard Time. So, this night, from 2:00 to 3:00, we always have our Tribute To Glam Hour, which always makes Just Joe deliriously happy, because he never figures out that that hour doesn't exist. This is his fourteenth year here, and he still hasn't realized that. This year, Azkath finally took pity on him, and tried to explain it to him. But Just Joe wouldn't believe him. Azkath, instead of just playing just like one kind of glam song, like he does every other year, actually played about three sets of glam songs, because he finally felt bad for Just Joe, that he's not bright enough to get that joke and all. Well, it wasn't real glam glam, no Warrant, or Poison, or stuff like that, which would have made both Just Joe and I really happy, but bands like Motley Cruex, Dokken, Early Skid Row, and even Europe, from their first album. All of this was for Just Joe, and me. Tim and Lance would have also liked it a lot, if they had been there, but they weren't. RADII got tired of the glam, so Azkath let them pick some music. Rick announced the entire twenty seven band lineup for The Finger Lakes Metal Fest, a free, two day metal festival, which The Metallic Onslaught hosts, and it is fast approaching in May. There were segments of Movie Time, some TV programs were talked about as well...

The Company of Serpents "Crucible"