The band If Man Is Five did finally stop by the show... However, they were having lots of problems that night, and were broken, so, unfortunately, they were not able to go on air, just stopped in briefly to explain this. So, another time... Ritchie and Crow of The Pushrods were both there, as was Just Joe. They have come up with a new concept which they hope to make a regular thing (or as regular as anything can be on LE)... It's called The Just Joe's Challenge, and it goes like this... When they do it, they will come up with a task for Just Joe to perform, and, if he is successful, he will get some kind of reward, like being able to hear his favorite bands, or something. This week his first task was relatively easy... He was supposed to distract Ritchie while he was trying to perform a song, and keep him from getting through it. This, of course, was not too hard, even with the stipulations... Which were that he could not touch Ritchie at all to distract him... Still, he succeeded quite easily, he got right up in his face and tried to feed him a cupcake. It worked. And so that was Just Joe's first challenge, which went quite well for him. I'm sure that his future tasks will be harder... After all, distracting Ritchie... Ritchie can get distracted when noone is trying to distract him. Besides, he is getting used to trying to play through Just Joe's antics. Ritchie performed many songs throughout the night. And, in the final portion of the show, we got to hear the entire performance of the band The Witching from The Xtreme Soundscapes DVD release show back in November. 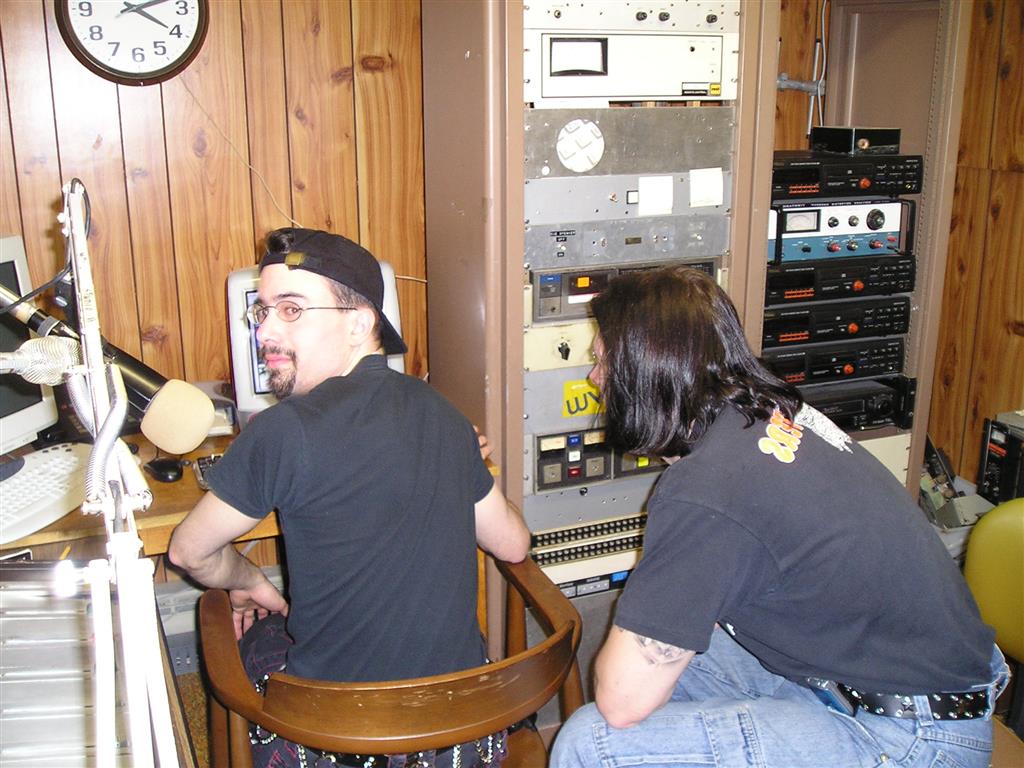