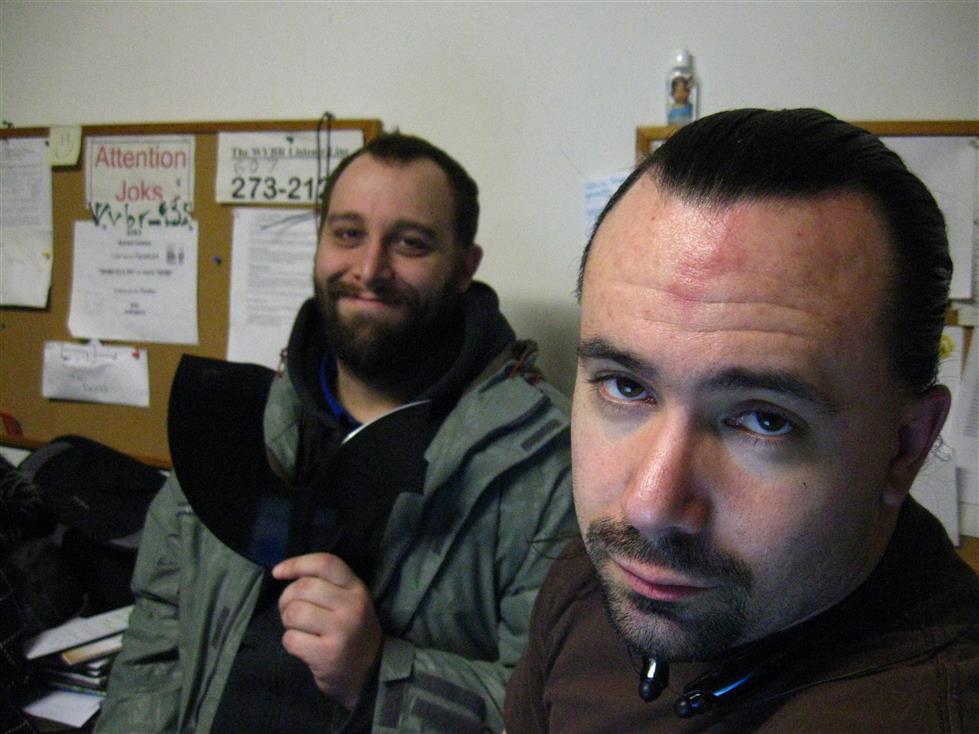 This was the night when we set the clocks ahead, and go on Daylight Savings Time, so this LE was five hours long instead of it's usual six, which we make up in the fall, when we go on Standard Time, and it is a seven hour show. Present were Just Joe, Rick, from The Metallic Onslaught, and, Dave, from the band Spater, who is also the founder of the annual Finger Lakes Metal Fest, which The Metallic Onslaught hosts, Spater and seventeen other bands would be performing there, and it is fast approaching, so he promoted that, and music from some of the bands performing there was played. Since next week, LE would be broadcasting from a new studio, leaving behind this one where we have been for fourteen years, and which coincides with my first becoming to know LE fourteen years ago, Azkath said they should destroy this one. Rick threw Just Joe into the wall 'til he went through it. Harold, The Enforcer, arrived, he ass punched Just Joe repeatedly, and broke a record on him. Then they broke a CD player on Harold, on his crotch. The shortened show is when we have our Tribute To Glam Hour, in the hours between two and three, which, of course, there is no such hour, which Just Joe forgets every year, and gets all excited about an hour of glam. He was out for the nonexistent glam hour, and was really bummed when they told him he had missed it. He demanded another glam hour, finally, Azkath played him one glam song, the band Tigertailz. Just Joe said, at the end of the night, that he had filled the tunnels that run below the building with explosives, so nothing would escape them. So they should now run for their lives. So, next week, the new studio. If everyone made it out alive... We shall hear...