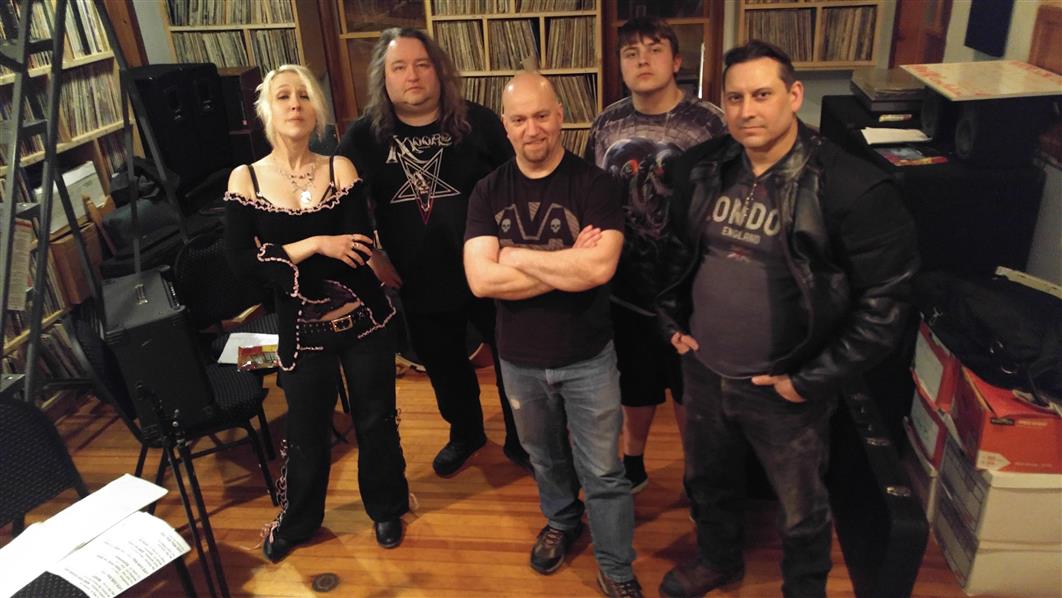 Present were, Nathan, The Person Formerly, and sometimes still, Known As Crappy The Clown, and, R.J.. Dave Henninger, formerly of the band Spater, was there with his new band, Spit Nickels in the first part of the night. They played six songs live in The Performance Room. They rock. And, as always, a shout out to Nathan for doing a great job running the sound. A track from their CD was played as well. You can find Spit Nickels on Facebook, and on Bandcamp. Dave also has a cool metal on-line magazine, Metalmeat.com. Dave is also the founder of The Finger Lakes Metal Fest, which is just under a month away. It's a free, two day event, and, his band, along with twenty seven other bands will be performing this year. Dave talked about that, told us all of the bands who will be there, and also told us all about his new band, and what they have been, and will be, up to. The Old School Hour was at 3:00, and was actually close to two hours long, and featured all music from the year 1986. There then was a mixture of new music, and music played off vinyl...

Schammasch "Above the Stars of God"
Visions of Atlantis "Lost"
Cult of Luna and Julie Christmas "The Wreck of the S.S. Needle"
Power Salad " Visigoth Prize Wheel"

Misteyes "Creeping Time"
Fall of Humanity "Hate, Love, Sex, and Greed"
Everybody Panic "No One Gets Out Alive"
September Mourning "Eye of the Storm"

Nails "You Will Never Be One of Us"
Kawir "To Diouscuri"
Treadmill "Lament"
Waxen "Disembodied, Forgotten"