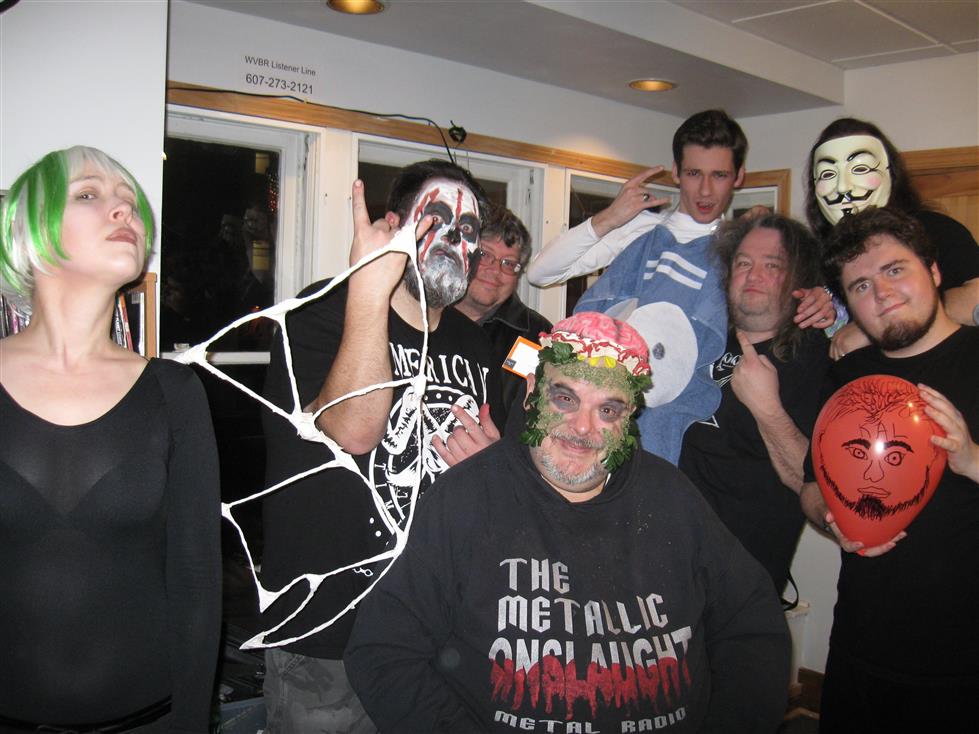 This was the night when we turn the clocks back an hour, and go back on Standard Time, which means that, at 2:00, the time drops back to 1:00, making this a seven hour LE. Also, LE began at midnight, right after Halloween had concluded, so it was a special Halloween Program. Almost all of the music was Halloween themed, metal and comedy songs and skits, and stand up comedy. Present were, EVD, Rick and Randy from "The Metallic Onslaught", Justin, Gorgar, Nikki, and, someone who hasn't been here in a year and a half, Kal. Everyone was asked what the first movie that really scared them was, and also, what the last movie was that really scared them. Those present who had not already done so were also asked what their earliest memory was. As it was Halloween, a Ouija Board was brought out, and EVD and Randy tried it. It said Rick kill, already that was two words you don't want in the same sentence! It said Rick kill Justin. Rick appeared to be possessed, and went after Justin, who fled for his life. Rick then had no memory of what had happened. Justin was calling himself Towely, as well, that is what he was dressed as. Randy had plants growing all over him, and a pretty yellow flower growing out of his head. No, this was not his Halloween costume, this was thanks to Jeffie, who has been seeding Randy with spores weeks earlier on The Metallic Onslaught. They then enacted to of those theinsanedomain.com Questions that used to get asked to people regularly. First, they were popping a bunch of balloons with Kal's face and name on them, then, they knocked Randy out, by asking him if something smelled like chloroform, and Randy, apparently not being too bright, actually sniffed it to let them know. When he came to, he was in a room, where there were no exits, he had only a traffic cone, six red pens, and a sock monkey puppet, and he was told he had to use those items to get out of the room, which Randy was unable to figure out how to do, he's not McGyver, after all. Then Azkath told him that he had eight owls in his tree, a phrase that, for some unknown reason, drives Randy totally insane, he started laughing hysterically, and babbling incoherently, and, eventually collapsed, never figuring out how to get out of the room, so I guess he'll still be there next week, unless someone else finds him and lets him out. There was something that there hasn't been in a very long time, a Gorgar's Corner, where Gorgar told us how he's been, and then got to pick his favorite Halloween song. He picked the song that gave him his name, "Gorgar", it's not exactly a Halloween song, but it was fitting, and it is by the band Helloween. There was no Old School Hour, to get more Halloween stuff in, but there was a Halloween Cover Set, at 4:00. There were segments of Movie Time, and TV and Internet programs were discussed as well. Nathan was MIA, we hope he's not dead, or he probably wisely stayed away, knowing he probably would be if he showed up, as we had all kinds of horrible things planned for him. And so thus went our Special Seven Hour Long Halloween Program... 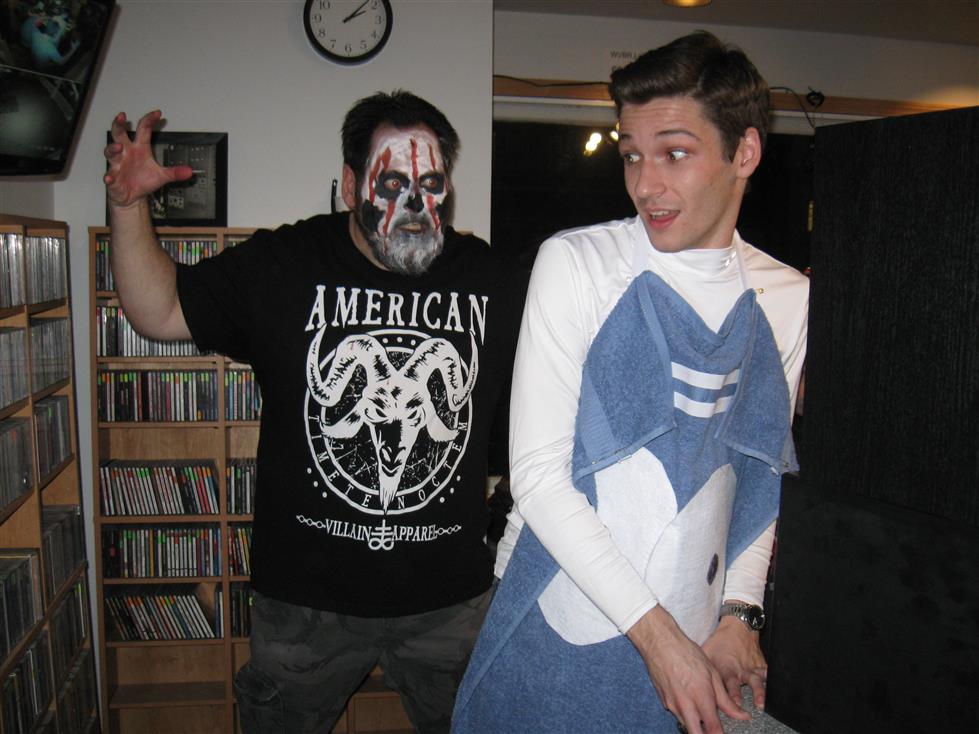 Contrarian "Need for Apathy"
Hasil Adkins "I need your head (...this ain't no Rock n´ Roll show)"
Stephen Lynch "Halloween"
St. Madness "Vampires in the Church"
Sopor Aeturnus and the Ensemble of Shadows "Stake of My Soul"
Holosade "Nightmare Reality" 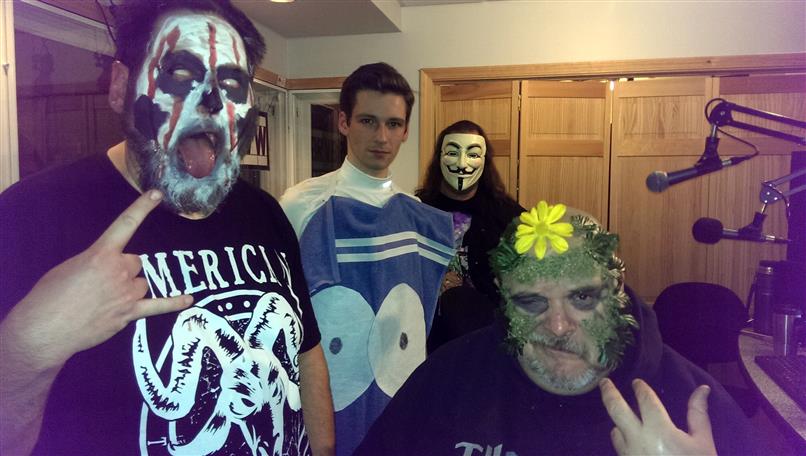