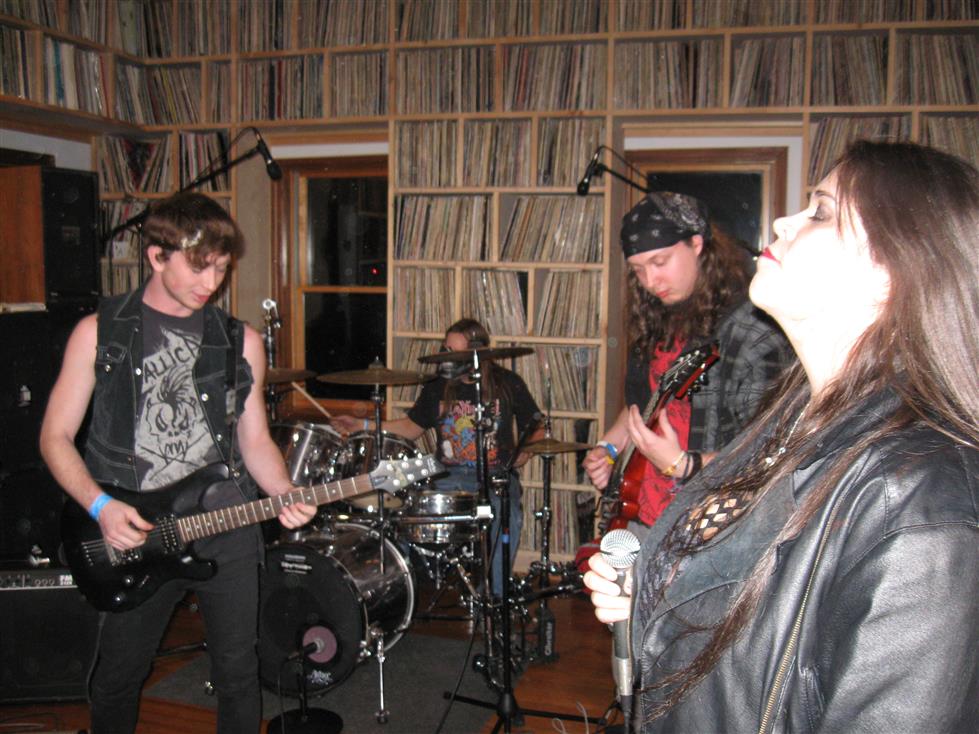 Present were, EVD, Nathan, Justin, who was sick and didn't sound well at all, Justin, The Person Formerly Known As Crappy The Clown, who, this night, actually was Crappy The Clown, and, the band Undead Messengers. Undead Messengers performed a long set of a lot of songs live in The Performance Room. They rocked, and it sounded awesome, as Nathan despite being a Bronie, is a great sound person. The Old School Hour was a little earlier than 2:00, because the band would be performing then. This week, for The Old School Hour, and also later in the night, Azkath had brought in a lot of vinyl records, which were played, and everyone there told how they first got into metal. There was a Connect-A-Set, with all songs that involved members of the band Fields Of The Nephilum, in other projects. There was no Cover Set this night, just one cover of an Ozzy Osborne song. There were segments of Movie Time. Azkath discussed a book that he had just read...

Thy Catafalque "Alföldi Kozmosz"
Chastain "We Bleed Metal"
Night Viper "Faces in the Mirror"
Vanlade "As Above, So Below"