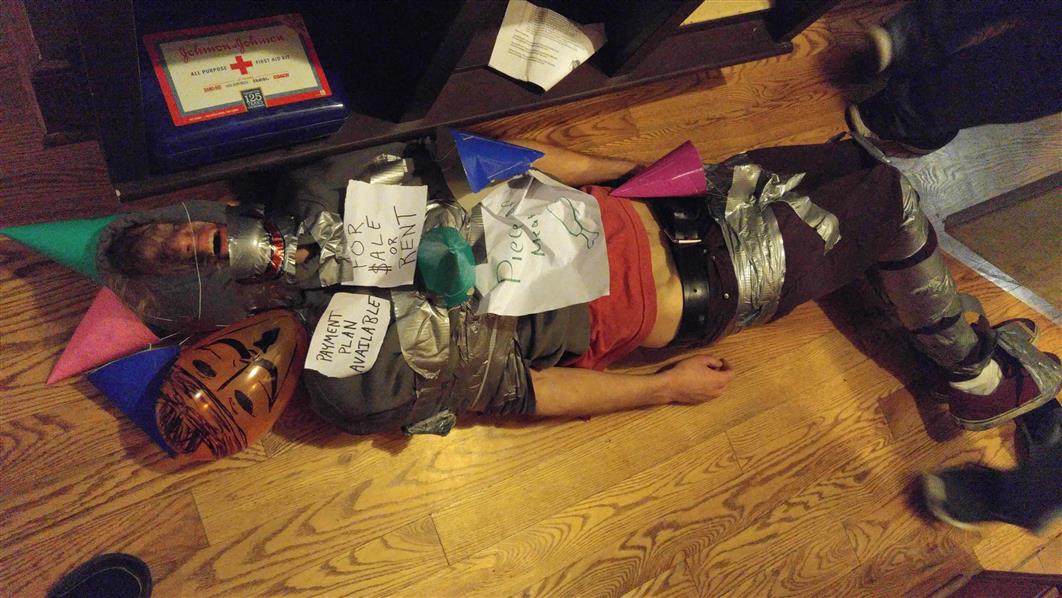 Present were, EVD, Nathan, Just Joe, Anna, and, Crappy The Clown. It had been Just Joe's Birthday earlier in the week, either on October 6th or 7th, he has said both dates before, and I'm not even sure if he really knows when exactly it is. Happy Birthday, Just Joe. So this was Just Joe's Birthday Show. Crappy sang a song for him, which he enjoyed. He got put in a balloon room, which apparently only had one balloon. Also, they locked him in. He had to use the balloon for air. It didn't work well. EVD warpped Nathan up in Duct tape and gave him as a present to Joe, who enjoyed him thoroughly. Afterwards there was an incident where Joe almost castrated Nathan, and then Porno Joe put in an appearance, giving Nathan, who was asleep on the couch a nasty surprise. Azkath told Just Joe that he, Azkath, had been receiving spiders in the mail, and that he had been collecting them all to send to Just Joe for his Birthday. Just Joe didn't seem to want that present very much for some reason. But, all and all, Just Joe seemed pretty happy with his Birthday Show. The last hour of the program was a tribute to Alister Crowley, who's Birthday would have been coming up this next week, on October 12th, if he were still alive. So, the last hour was all music inspired by, about, and, honoring him...

Foetus Over Frisco "Birth Day"
Europe "In the Future to Come - Live"
Ozzy Osbourne "N.I.B."
Riot" When I was Young"
Samson "Life on the Run"