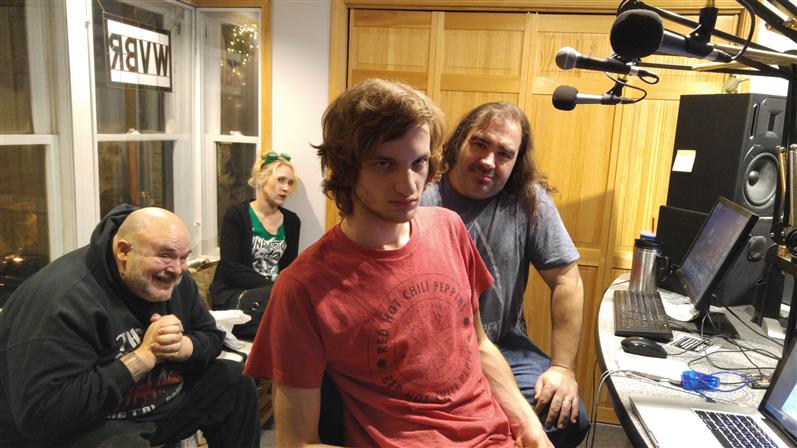 This is one of our favorite nights, as we get to praise He who has inspired so much great music. And he did pay us a visit. EVD, at Nathan's request, Duct taped Randy to a chair. Nathan wanted this because he needed to get even with Randy for the previous night's 'Pantless Santa' dance on The Metallic Onslaught. Randy was nicely decorated. We weren't sure why EVD was taking orders from Nathan, but nevertheless, this worked in our favor. Last year, we summoned Satan into Randy, tickled him, and his head exploded. We got some tasty Satanic jerky out of the deal. We tried to recreate that, but Satan refused to make Randy's head explode. Instead he told Rick to kill Nathan. EVD intervened. We had no idea why. Satan then informed us that in the weeks that EVD had been missing, Nathan had been brainwashing him. Now the spell was broken. EVD grabbed Nathan and dragged him into the performance room, duct taped him to a chair (with Rick's help), and covered him in silly string. Afterwards Nathan managed to get free by throwing himself headfirst at the ground. Luckily Tim was there to slap Dave's disembodied Beard on him, just to make the scene complete. So after all this, I, Azkath, decided to see what lay a year in the future. Now, whenever I send Joe into the future, he sees killer bunnies. This time I sent Randy. One year ahead. Randy saw killer bunnies. He claimed they were eating him. Frustrated, I sent Nathan a year ahead, and he ended up WITH Randy, also being attacked by bunnies. They ran off, and eventually snapped out of it. No idea what is with the bunnies...

We started a new tradition, that of Takanakuy, which is a Peruvian Xmas tradition, where everyone puts on Ski Masks and can beat the crap out of whoever they want to settle their grievances. Seemed like something perfect for us. For some reason, Nathan got beat up the most...

I also decided to try an experiment. Long ago I created a trigger phrase in Randy, whenever I tell him there are 8 Owls in my Tree, he goes insane. I asked Satan to inhabit Randy so we could thank him for all the nice things he's done for us all year, and after we did that, I triggered Randy...  It was Randy / Satan, and it was insane. Then Tim had to take that home.

HPLHS "Death to the World" 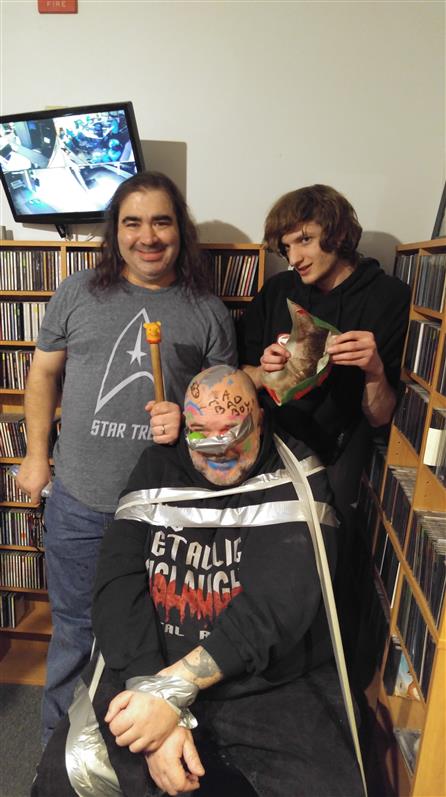 Morbid Angel "Brainstorm"
Cirque Du So What? "How to write Parodies"
Fox 45 "Urinal Acid"
Year of the Goat "Pillars of the South" 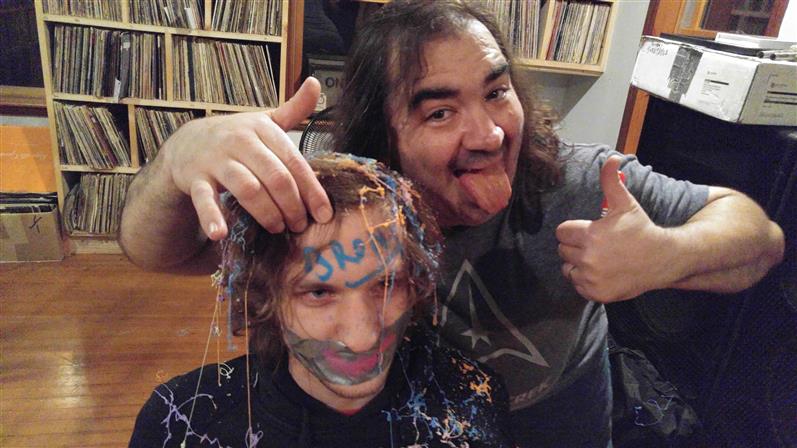