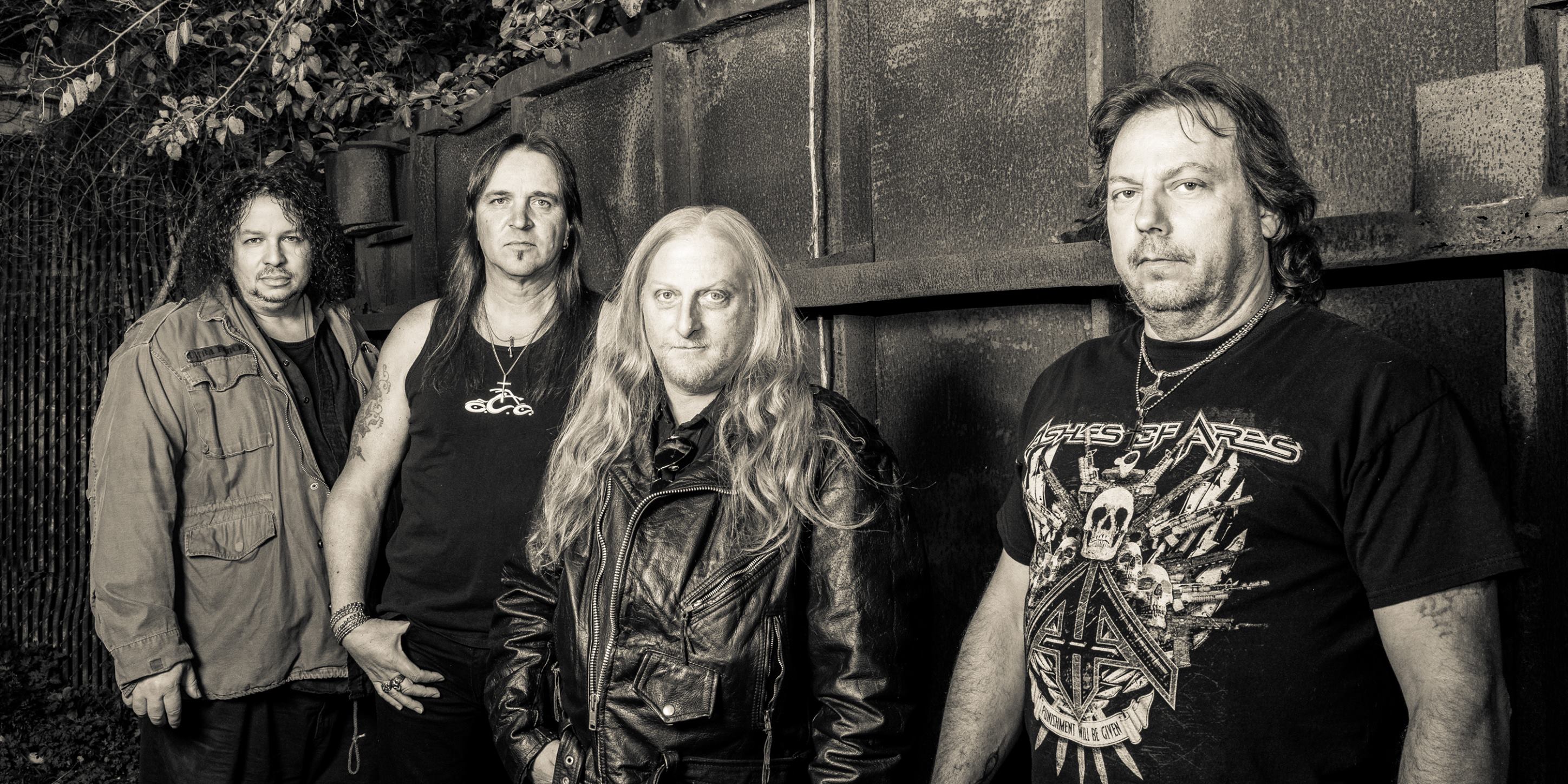 Seriah talks with Ed Mischke, guiatrist of Spiritual Sickness, about their history, inspirations, and experiences...

Bio from their Facebook Page: SPIRITUAL SICKNESS is a Progressive Power Metal outfit that hails from the shores of Long Island, New York. These guys are certainly no newbies to the Local Metal Scene, yet always seem to find a way to keep it new and exciting with the insane complexity in their song writing.

The band consists of Jeff Kohler on Vocals, Ed Mischke on Guitar, Jim Nola on Bass and Mark Zapata on Drums. They are one of the most focused and passionate bunch of guys when it comes to writing, recording and performing their style of Progressive Metal. Their music is anything but simple to play yet these guys do it with such ease that you just cannot help but pay attention when you hear them.

Most of the members of SPIRITUAL SICKENESS started on the music road back in the 80’s when the Metal scene was thriving and the local scene was a tight knit group. Jeff Kohler, lead vocals for SS, started out as a drummer at age fourteen for a band called Shot Gun. He later switched to Vocals and that proved to be exactly where he should be. An amazing front man whose vocals are what makes him stand out in a crowd, the perfect ingredient for the intensity that Spiritual brings to the stage. Although Jeff and guitarist, Ed Mischke, were friends since they were young it wasn’t until many years later that they would collaborate and form Act of God. Ed Mischke is so much more than the Guitarist of SS, he is the constant driving force behind the band. Also starting out in bands since he was fourteen, Ed has always taken his music very seriously, challenging his skills on a daily basis and writing music that is truly original. Both Ed and bassist Jim Nola, have played together in several bands dating back, so it was only natural to have Jim join him and Jeff in their new adventure with Act of God.

The Metal journey together began in 2002 when Act of God (2002-2009) was formed. This proved to be a band that came out hard and heavy, instantly gaining the respect of Metal fans worldwide. They played several sold out shows sharing the stage with greats such as TESTAMENT, ACCEPT and GEOFF TATE just to name a few, as well as playing some iconic venues such as CBGB’s in NYC. In 2009, they were notified about a band overseas having the same name which prompted them to come up with a new band name. One of the lead guitarist, Ed Mischke, biggest influences is the band NEVERMORE and it was a line from one of their songs that the name SPIRITUAL SICKNESS was born.

They bring to the stage a thirty plus years of experience collectively, along with the same hunger and passion that fueled them when they started out as those fifteen year old teenagers from back in the day. At the end of 2013 they faced having to replace their drummer which proved to be quite a task due to the complexity of the songs. After a year plus search they found the perfect fit and welcomed Mark Zapata who brings with him the intensity in his playing that the band was looking for. Now that the line-up is completed yet again, SPIRITUAL SICKNESS is back and louder than ever.
Spirituals’ full length CD “Architects of Agony” hit the ground running and has yet to slow down, quickly gaining a worldwide fan base. Their follow up, self-titled EP left their fans excited as to what is up next for this powerful progressive Metal band. They are currently writing and recording their next full length CD which thus far has proved to be beyond everything they wanted it to be!