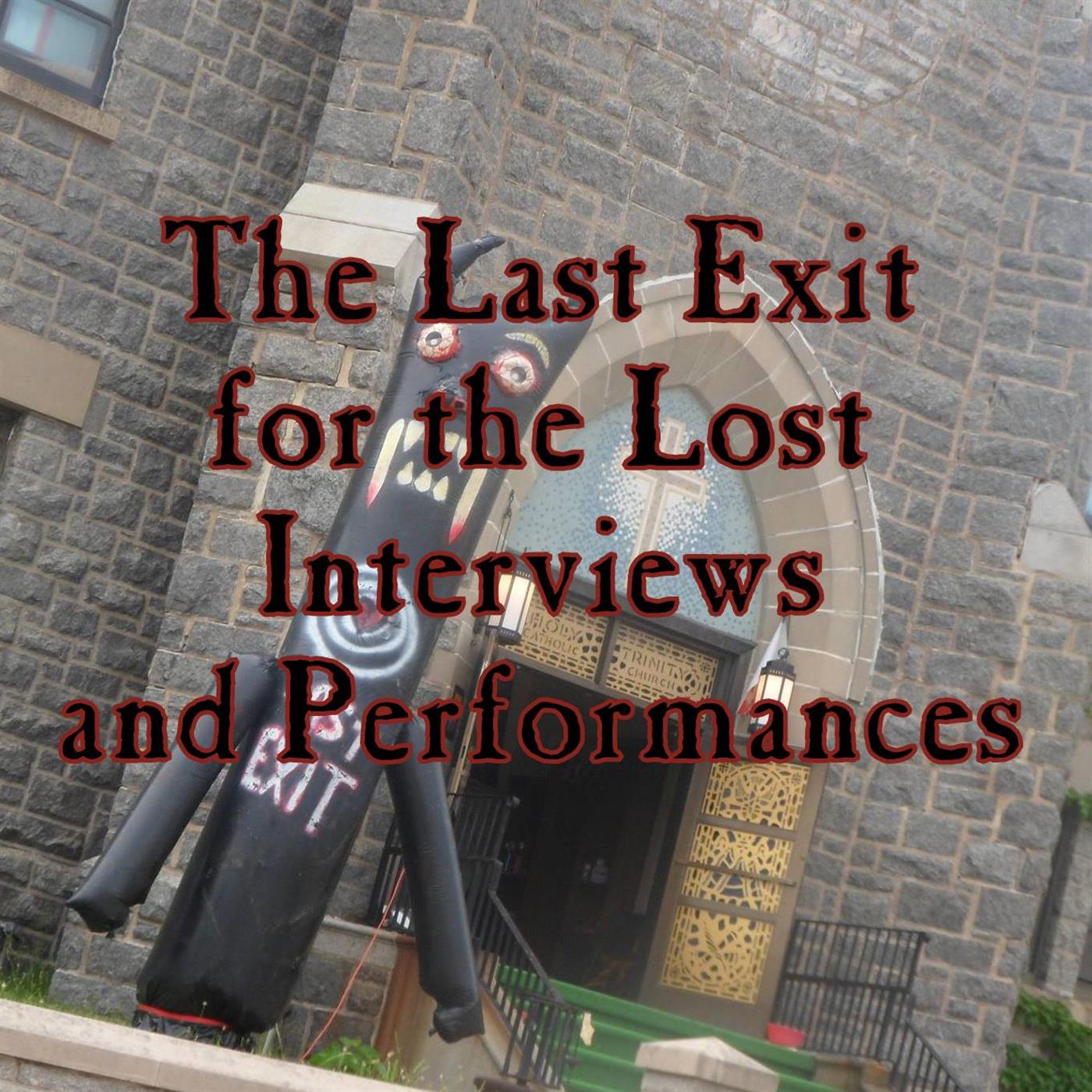 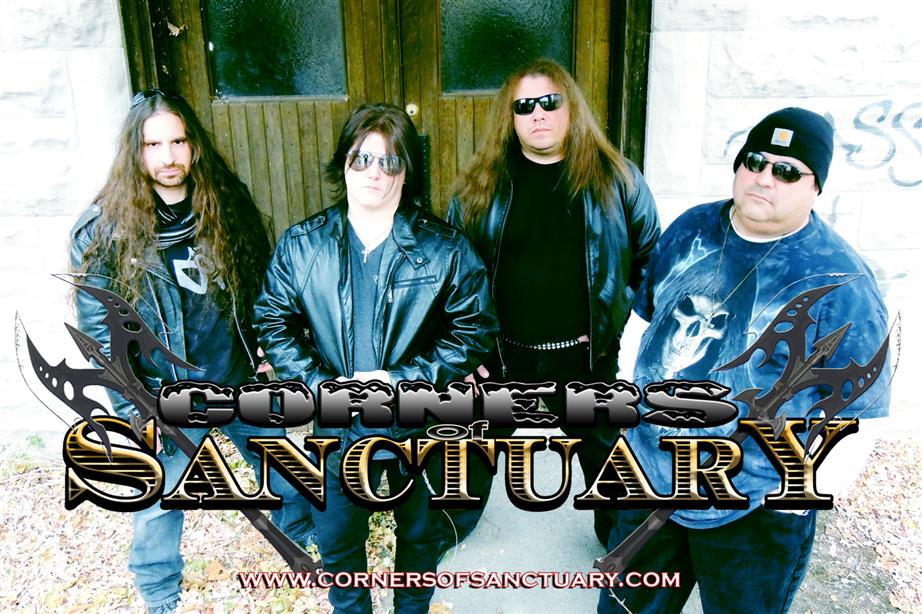 I talk with all of Corners of Sanctuary about their history, latest album, and much more... The interview concludes with "Wrecking Ball" from their 2015 release, Metal Machine. Their latest music video is below as well.

Corners of Sanctuary was formed in early 2011 after members of a previous band, Seeker, regrouped in 2010 to celebrate the band’s anniversary. The reunion spawned a desire that brought members Sean Nelligan, James Pera and Mick Michaels to begin working together again. Vocalist Frankie Cross was added to complete the line-up. Each member had honed their craft while playing in several Philadelphia-area based bands. The need to return to their roots was apparent. With a direction and a sound that by now was inherent to each, Corners of Sanctuary (C.O.S.) began writing and rehearsing all original material. In March 2012, C.O.S. released their six-track EP, “Forgotten Hero”.

The band released worldwide a full-length CD titled “Breakout” in June 2012. The first single “Sanctuary” was received with positive reviews and was accompanied by a music video. It was quickly followed by the 2nd single “Wild Card” which also was made into a video. The band released their 3rd single “Juggernaut”, that hit the airwaves and followed by a 3rd supporting video. C.O.S. promoted the disc’s release with a string of private shows and radio interviews.

Since the release of Breakout, C.O.S. has been working with La Mazakuata Records (Mexico) to expand the band’s fan reach in Mexico, Central and South America. C.O.S. appeared on La Mazakuata Records’ compilation release Metal Invasion Chapter Two, which was released in December 2012. The songs “Sanctuary” and “Cross of War” appeared on the disc.

In November 2012, C.O.S. released the Holiday EP “December Wind” which included an all new, all original track “December Wind”. Also featured on the EP were cuts from previous releases and the first single, from the January 2013 CD release “Harlequin”, “Angels Only Dare”. A portion of sales from the Holiday EP had been donated to cancer research. A video for the “December Wind” single was also produced.

C.O.S. supported the Harlequin release with a string of live performances and interviews during 2013. The band released a new album "Axe to Grind" under the La Mazakuata records label and toured throughout 2014 in support of it. C.O.S. also worked with the German based Pure Steel Records, on the band’s very own European musical invasion.

Toward the end of 2014, the band joined forces with powerhouse American PR boutique firm Online Metal Promo to help them solidify the band’s worldwide presence for current and future musical recordings.

C.O.S. is currently in the studio working on their next album “Metal Machine”. Look for the album and new tour in early 2015.

Driven by the power and inspiration given to us by music, Corners of Sanctuary finds itself on the threshold of rebirth. Forged in the fires of classic Heavy Metal, C.O.S. comes full circle as the sound of yesterday lives again as the sound of today. Hard hitting, head banging, straight forward Heavy Metal is the mission - nothing less will do. Old School is back with a vengeance....It's is the New Wave of American Heavy Metal... Metal has returned! 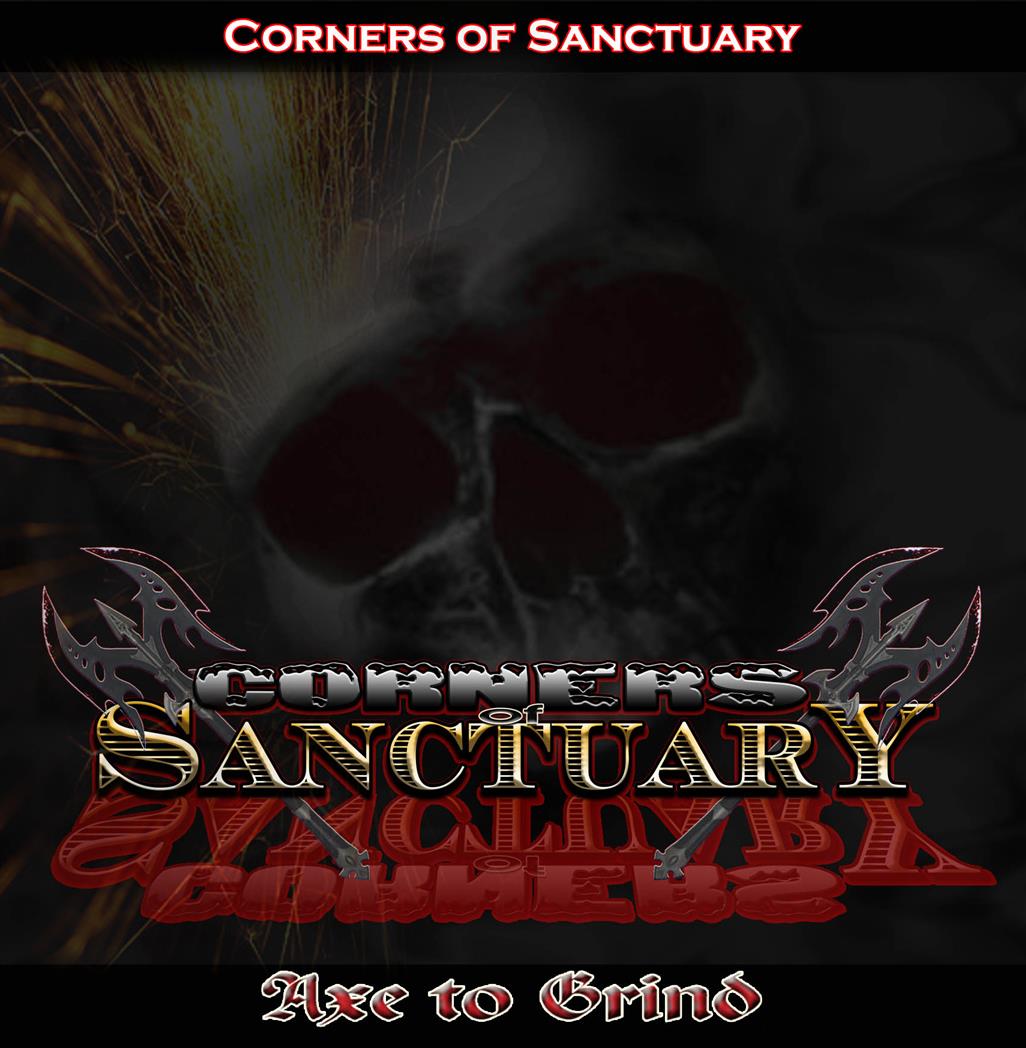