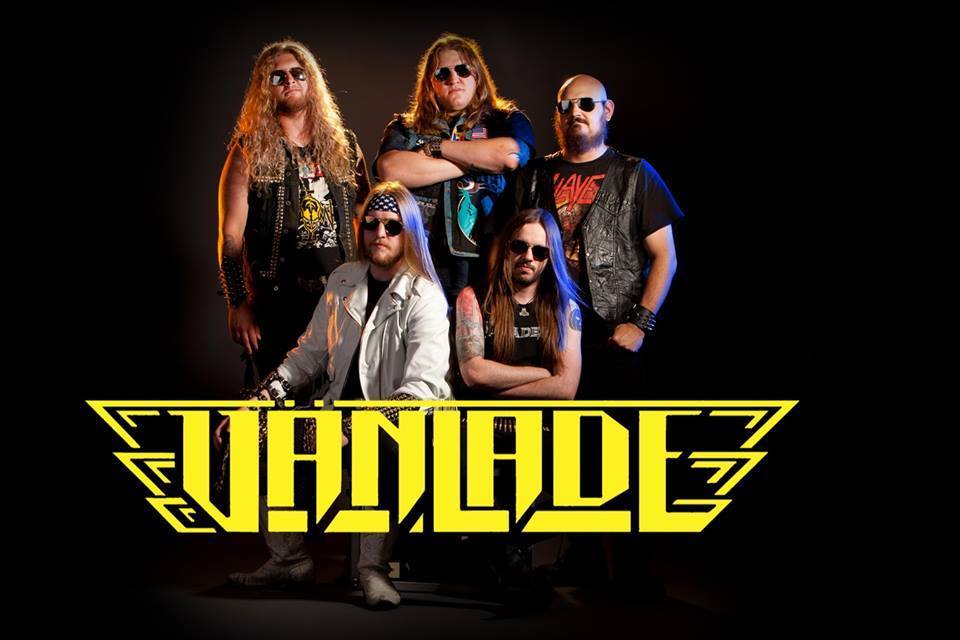 I spoke with Brett "Blackout" Scott about Vanlade, their history, inspirations, and much more. We conclude the interview with their song, "As Above, So Below" off their latest CD, "Rage of the Gods".

Today, Kansas City's Vänlade plunges steadily onward through the ranks of soulless commercial music and angst ridden faux etal that have consumed the masses. With elements borrowed from the hard rock and heavy metal titans of the golden years and their own unique twists, they proudly carry the torch in a city largely overlooked and forgotten by the old guard of classic metal.

The roots of what would become Vänlade began in 2006, in a suburban Kansas high school. An early variation of the band, including guitarist Zach Vänlade and bass guitarist Nikky Skorcher, met and began jamming in their teenage years. They honed their craft at talent expos and small shows for years, silently driven by the urge to perfect their sound.

With the addition of classmate and vocalist Brett Blackout Scott and drummer CC Spearhead in 2009, the band began playing shows regionally and started piecing together the songs that would find their home on their 2012 debut album "Iron Age," released under joint distribution by Slaney and Stormspell Records. In these years, the band crossed paths with many of metal's greatest, including supporting slots for bands such as Manilla Road, Death Angel, Forbidden, Diamond Head, Raven, Primal Fear, Omen, White Wizzard, Banshee, and many more.

With an ever growing catalogue of killer shows and an arsenal of deadly songs, Vänlade are heading at light speed into a promising future. The band's second full-length, “Rage Of The Gods” was released in September 2015 and with the addition of second guitarist, Vinnie Lee Camarillo and new drummer, Nolan Weber, Vänlade continues to reach new heights. Their original mix of blinding speed, intense power, and incredibly energetic live performance has proven sufficiently potent and shows no signs of breaking down any time soon. As the band's own motto goes, "stay heavy or die!"