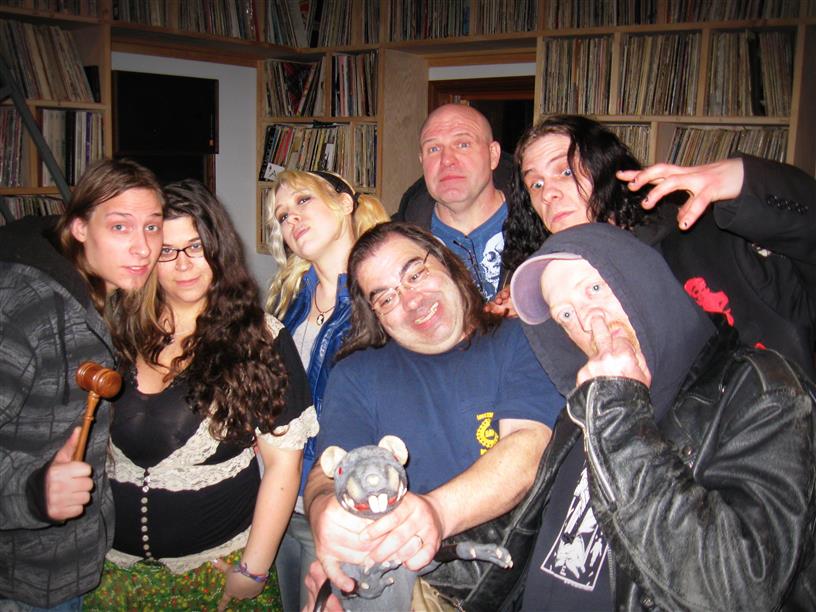 This show actually marked one year that we have been in our new studio. Doesn't seem like it's been that long already. Anyways, we were supposed to have The Pushrods live on this show, but only Dano Voodie, their bass player, showed up. Great seeing Dano again, though, it's been years since he has been in studio. Dano is also in Recycled Zombies, and a few other bands. Previously he's played for Others and Punch Drunk Monkeys with Crappy the Clown, who was also present this night, in his alter ego, Mr. Linda. Jimmy Evans of Hollow Bodies also came up with Dano, and we got to hear some fun stories from both. Olivia and Tim of Undead Messengers were with us, and EVD. Quite the fun night. Also aired the Karyn Crisis interview that I conducted a few days before. It was long, so I broke it into 2 parts. It is also available in one piece without music in the interview section. Besides that we played lots of good music, new and old, and a exclusive old school set at the end for internet listeners (The show started really late this night due to Where Did the Road Go? running way over). Also, a couple songs got repeated, too much going on and some techincal issues. This wasn't noticed till after the fact. Ah well.